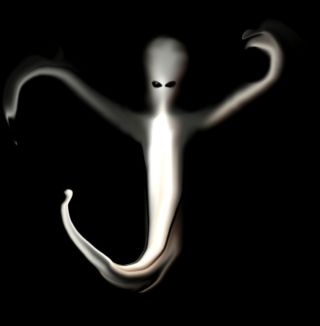 Belief in Aliens Can Turn Deadly

At an unusual press conference recently held in Washington, D.C., a UFO author and a half-dozen or so former U.S. military airmen asserted that "The U.S. Air Force is lying about the national security implications of unidentified aerial objects at nuclear bases and we can prove it." They claim that since 1948, extraterrestrials in spaceships have not only been visiting Earth but hovering over British and American nuclear missile sites and temporarily deactivating the weapons.

UFO author Robert Hastings, who organized the news conference, said, "I believe — these gentlemen believe — that this planet is being visited by beings from another world, who for whatever reason have taken an interest in the nuclear arms race."

Hastings claims that a global conspiracy exists in which all major governments have been covering up evidence of UFOs for decades. [Top 10 Conspiracy Theories]

Despite claims that the airmen were "breaking their silence," there was very little new information presented at the press conference; in fact many of the UFO reports they cited date back 30 or 40 years, and had appeared in magazine articles, books, and websites. Instead of any new evidence or real proof they offered merely a rehashing of old, discredited reports that didn't yield any significant evidence when they were originally reported decades ago.

These "revelations" in fact raise more questions than they answer.

For example, if extraterrestrial intelligences have been watching over humanity and are so concerned about nuclear weapons, why didn't they prevent the atomic bombings of Hiroshima and Nagasaki at the end of World War II? Preventing those bombs from exploding — instead of demonstrating the atom's awesome destructive power to the world — could have been a much more effective way to head off a nuclear arms race.

Furthermore, the point of the press conference is muddled in contradictions. On one hand, the stated purpose was to encourage governments of the world to finally publically admit that they are aware of aliens, presumably because they pose a threat to national security. On the other hand, the larger message seems to be not to worry about nuclear proliferation, because our alien space brothers will take care of us and avert any potential nuclear attacks (at least in the US and UK —no word on if the aliens are concerned about Iran's nukes).

If that's true, then the aliens would not really be a threat to national security since they seem to be playing galactic peacekeepers.

The information presented at the press conference is only the most recent in a long line of similar claims.

UFO folklore and reports — especially from the 1960s and 1970s — often contained supposed messages from our peace-loving and ecologically aware space brothers warning us quarrelsome and destructive earthlings to treat the planet better and seek world peace. That is undoubtedly good advice (regardless of whether its origin is terrestrial or extraterrestrial) though if Hastings and his colleagues are right, the aliens — if they exist — may have everything under control.