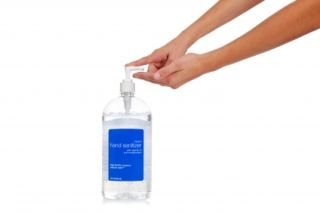 Guys may have cleaner hands than ever, at least if their public-restroom practices are any indicator. A newly released study found that more than three-quarters of guys washed their hands publicly in 2010, compared with 66 percent in 2007.

Overall, about 85 percent of adults washed their hands in public restrooms, compared with 77 percent in 2007. This is a higher percent than has been observed since these studies began in 1996.

In a separate telephone survey, 96 percent of adults said they always wash their hands in public restrooms, a percentage that has remained relatively constant over the years, but that high rate is not supported by the new hard evidence of what really occurs.

And only 39 percent of Americans said they always wash their hands after coughing or sneezing.

"Handwashing in this context is particularly important because we now know that many respiratory and gastrointestinal illnesses are transmitted primarily by hand contact when contaminated hands touch the mucous membranes of the eyes, nose, or mouth," said Dr. Judy Daly, Director of Clinical Microbiology at Children's Primary Medical Center, Salt Lake City, and spokesperson for the American Cleaning Institute (ACI).

The study results were just announced at the Interscience Conference on Antimicrobial Agents and Chemotherapy, an infectious disease meeting sponsored by the American Society for Microbiology (ASM).

The restroom observers discreetly tallied the behaviors of 6,028 adults in public restrooms in August 2010.

Overall, the rate of women washing their hands in public restrooms improved from 88 percent in 2007 to 93 percent in 2010.

Chicago and San Francisco had the best turnout for hand-washing, with 89 percent of adults lathering up in public restrooms. Atlanta was next (82 percent), followed by New York City (79 percent).

In the separate telephone survey, , the vast majority of 1,006 American adults said they always wash their hands after using the bathroom at home (89 percent).

How to keep clean hands on the go: "Whether it's cold and flu season or baseball season, hand-washing is a no-brainer," said ACI's Nancy Bock. "Washing with soap and water for 20 seconds or more is a simple way to stay healthy. And if you're out and about, hand sanitizers or hand wipes are good alternatives for keeping your hands clean."