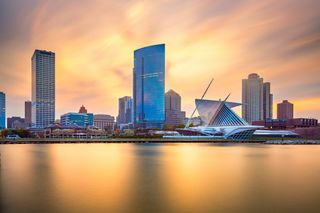 Wisconsin has had 2,440 confirmed cases of coronavirus and 77 deaths known to be related to COVID-19. In all, the state has recorded 29,014 tests, according to the Wisconsin Department of Health Services. A full 668 (27%) of the state's COVID-19 patients are hospitalized. That makes it the middle of the pack of US states in order of most confirmed coronavirus cases.

The state asked residents with questions or immediate needs related to the illness to text COVID19 to 211-211, visit 211Wisconsin.org, or call 211. It noted that texting is likely the fastest option.

Gov. Tony Evers has repeatedly tried to delay primary voting in the state, scheduled for Tuesday, April 7, until May 18, according to the Milwaukee Journal-Sentinel. A shortage of poll workers in the state means the voters will have to congregate even more densely than usual in order to vote at one of a handful of open sites, the paper reported. However, according to the paper, Republican state lawmakers rejected the delay, with one saying the election "is just as important as getting take-out food."

On April 6, Evers issued an unprecedented executive order shutting down the election, according to the Journal-Sentinel, immediately triggering a court battle. As of Monday afternoon (April 6), the question of whether Wisconsin will hold elections tomorrow (April 7) remains a live issue, according to Guardian US reporter Sam Levine. It may not be clear until Tuesday morning whether the elections will proceed.

—Update April 6 at 6:48 p.m. EDT: The Wisconsin Supreme Court has ruled that voting in the state must proceed as planned, according to Buzzfeed News. The decision may be appealed to the US Supreme Court.

—Update April 6 at 7:30 p.m. EDT: The US Supreme Court has reversed a lower court order that extended the deadline for mail-in voting in the state, effectively tossing out thousands of mail-in votes delayed by COVID-19 according to Slate reporter Mark Joseph Stern. The decision was split 5-4 between the court's conservative and liberal judges.

The state opened two "voluntary self-isolation facilities" on April 1 at Lowell Center in Madison and a Super 8 hotel in Milwaukee. The sites are intended to be places for COVID-19 patients with relatively minor symptoms to stay and avoid spreading the illness to others. It's also encouraging local communities to set up their own similar facilities.

The state is now soliciting donations of critical personal protective equipment for healthcare workers. Here is a list of the items the state is seeking:

"It is absolutely imperative that our healthcare workers and first responders have the equipment they need to stay safe and healthy as they care for our communities. As we face a global shortage of PPE, and are competing with other states to acquire limited resources, I am calling on companies, schools, and other organizations that may have unused protective equipment sitting in their facilities to make those materials available to those who need it most,” Gov. Tony Evers said in a statement. "The state appreciates any donations, but we are also prepared to pay a fair market value for large quantities of this equipment that are offered."

On March 24, Evers directed the state department of health to issue a "safer at home" order. The order shuts down most business across the state and instructs residents to stay at home when possible. Leaving the home is permitted for necessary situations including healthcare, reaching necessary supplies and services, outdoor activities like walking or hiking (excluding team or contact sports), certain types of work still permitted under the order, and taking care of others.

"Individuals do not need special permission to leave their homes, but they must comply with this order as to when it is permissible to leave home," the governor's office said in a press release, where more information on the order is available.

On March 27, the Milwaukee Journal-Sentinel reported that the virus is severely impacting the state's dairy industry, with some farmers concerned about having to dump milk.

On Friday (March 20), Evers issued an executive order banning mass gatherings, but continued to allow bars and restaraunts to offer carryout and delivery services. Essential services, including childcare, utilities, and supermarkets, are permitted to remain open.

On March 13, Evers stated that all public schools would close at 5 p.m. on Wednesday, March 18 for at least two weeks.

On March 12, the governor declared a public health emergency in response to new cases of COVID-19 in the state. At the same time, he signed an executive order that directs the state's Department of Health Services to take all necessary and appropriate measures to prevent and respond to the outbreak. The order also authorizes state funds to support local health departments and the use of the Wisconsin National Guard.