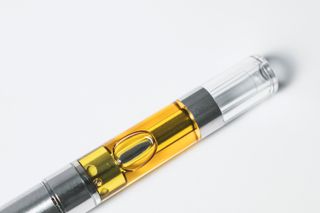 For weeks, officials have searched for what could be causing a string of vaping-related respiratory illnesses across the country. Now, they may have found a clue: Many of the products used by the patients contained a common contaminant — an oil derived from vitamin E, according to news reports.

The news of the contaminant comes from the U.S. Food and Drug Administration (FDA), which shared the information with state officials in a telephone briefing this week, The Washington Post reported. But it's not clear if this contaminant is indeed causing the illnesses, and the investigation is far from over, officials said.

The FDA analyzed 12 nicotine samples and 18 THC (the active ingredient in marijuana) samples taken from patients across the country. The vitamin E-derived oil, known as "vitamin E acetate," was found in 10 out of the 18 cannabis products.

But tests didn't find anything unusual among the various nicotine products used by patients who fell ill, according to the officials.

State officials in New York found that nearly all of their cannabis samples taken from patients in the region also had this vitamin E-derived oil, according to a statement from the New York State Department.

Vitamin E acetate is sold as a nutritional supplement and isn't harmful when ingested or applied as a skin treatment, according to the Post. But when it's inhaled, it can coat the lungs and cause symptoms such as cough, shortness of breath and chest pain.

There are now over 215 possible cases of people hospitalized after having reported using vaping products — some who bought the products legally and others off the street. Two deaths have been reported in connection with vaping-related illnesses — one in Illinois and another in Oregon.