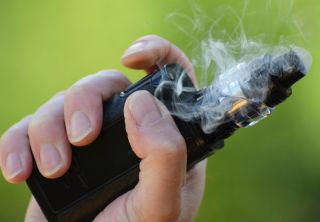 The mysterious outbreak of vaping-related lung illnesses has now hit nearly every U.S. state, according to health officials.

Today (Sept. 26), the Centers for Disease Control and Prevention (CDC) announced that the number of confirmed or probable cases in the outbreak has reached 805 in 46 U.S. states. That's up from 530 cases in 38 states reported last week. (A confirmed or probable case is one that meets the CDC's current case definition, or the specific criteria officials use to classify a vaping-related illness.)

The only states not reporting vaping-related lung illnesses are Alaska, Alabama, New Hampshire and Rhode Island, according to CDC data. One territory, the U.S. Virgin Islands, has also reported at least one case.

What's more, 12 people have reportedly died from these illnesses, up from seven deaths last week.

Many of the patients are teens or young adults — about two-thirds of the cases involve 18- to 34-year-olds, and 16% are under 18. All patients with the lung illness reported using e-cigarettes, and many reported using the devices to vape marijuana before they got sick, although some reported using only nicotine.

Patients reported symptoms such as shortness of breath, cough and chest pain, and some reported nausea, vomiting, fever and weight loss.

The cause of the illnesses is still a mystery; no single vaping device, product or substance has been tied to all of the cases. However, earlier this month, officials said they believe  a "chemical exposure" is likely behind these illnesses, Live Science previously reported.

Recently, The Washington Post reported that issues with black-market vaping products may be making people sick. For example, some black-market manufacturers are adding more thickening agents to dilute THC oil, to give it the appearance of a thick oil while using less actual oil from THC (an active ingredient in marijuana).

The CDC recommends that people consider not using e-cigarettes while the investigation is ongoing. And regardless of this investigation, e-cigarettes should not be used by youth, young adults, pregnant women or adults who currently don't use tobacco products, the CDC said. What's more, people should not buy e-cigarette products off the street and should not modify the products or add substances that aren't intended for vaping by the manufacturer, the agency said.