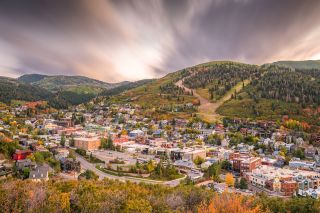 As of Thursday, May 14, Utah has confirmed 6,749 cases of COVID-19, says the state health department, putting the state in the middle of the pack of U.S. coronavirus cases by state. The state has tested at least 160,119 people so far. At least 558 people have been hospitalized with COVID-19 in the state. And at least 1,704 have recovered, defined by being diagnosed more than 3 weeks ago without dying.

Racial disparities in the COVID-19 impact have arisen in Utah. Hispanic or Latino individuals make up only 14% of the state population but comprise 38% of cases, according to state health department data.

Utah has seen 75 reported coronavirus deaths. Utah’s state health department is not releasing specific information on the locations and ages of the victims, but county health departments and local media have released some information. The first death occurred on Sunday, March 22. The victim was a man older than sixty, according to ABC4. Names of at least two victims have been released. They were Utah Speaker of the House Bob Garff, 77, and West Jordan resident Silvia Deyanira Melendez, 24, according to The Salt Lake Tribune. Sixteen of the 32 deaths have been residents of long-term care facilities, state epidemiologist Angela Dunn said on April 21.

As of April 17, a less-restrictive testing criteria has been put into place in Utah. Now, people can qualify for testing if they exhibit just one possible symptom of COVID-19, whether cough, fever or shortness of breath, The Salt Lake Tribune reported. On May 7, a study by Harvard University researchers found that Utah meets criteria for re-opening, with a positive test ratio of 4.4% (less than the recommended 10% or lower) and enough testing capacity to handle a rise in cases, NPR reported.

The state has also launched the “A Mask for Every Utahn” initiative, allowing those who don’t have and can’t purchase a face mask to order a free fabric mask through the state.

On April 30, the Church of Jesus Christ of Latter-Day Saints announced that it would cancel all youth camps, conferences, treks and pageants for all of 2020.

On April 20, state epidemiologist Angela Dunn told reporters that about 5% of coronavirus tests in the state come back positive, a number that has stayed consistent with increased testing. On April 27, Dunn said in a press conference that the state was working to expand contact tracing as the number of new cases plateaued. On May 4, she said in a press conference that 11% of new cases detected in Utah are spread outside the home. Sixty percent were transmitted within the household, 25% by a known contact outside the household and 4% at work.

On April 24, Gov. Gary Herbert said the state was not yet sure what it would do with an $800,000 order of Hydroxychloroquine, the malaria drug touted by President Donald Trump as a coronavirus cure that the U.S. Food and Drug Administration has warned against using due studies showing increased, not decreased, mortality rates in patients given the drug. The state had not yet taken possession of the order, Utah Public Radio reported, and might be able to get a refund.

The Navajo Nation, which extends into part of Utah, has been hard-hit by the virus, with 44 deaths recorded as of April 10.

The state’s “moderate risk” phase, which began April 30, loosens some social distancing restrictions while aiming to keep transmission low. People are urged to wear face coverings and stay six feet away from others, to leave home infrequently and limit in-person interactions to small groups. Dine-in services at some restaurants are allowed to reopen with strict regulations, and daycares can reopen with strict distancing procedures in place. Schools remain closed.

Timeline of coronavirus controls in Utah

On April 12, the Salt Lake Tribune reported that Utah-based ARUP Laboratories had started testing people in Utah for SARS-CoV-2 antibodies. Antibody tests help show who has ever been exposed to the virus, even if they have recovered or were never sick.

On Sunday, March 21, Utah Senator Mitt Romney was ordered to self-quarantine due to contact with Senator Rand Paul (R-KY), who has tested positive for coronavirus. He was cleared from quarantine on Wednesday (March 25), after testing negative for the virus, according to The Salt Lake Tribune.

On Wednesday, March 18, Rep. Ben McAdams (D-Utah) reported that he has tested positive for the new coronavirus, making him the second member of Congress to test positive. He was hospitalized on Sunday, March 22, and was released on Saturday, March 28. On April 10, McAdams said he was participating in a clinical trial to see if the antibodies in his blood could help treat other coronavirus patients, the Salt Lake City Tribune reported.

Some of the most famous Utah residents to test positive for the virus are Utah Jazz players Donovan Mitchell and Rudy Gobert. As a result, the National Basketball Association (NBA) canceled the remainder of the season.

Coronavirus cases (and deaths) by district/county