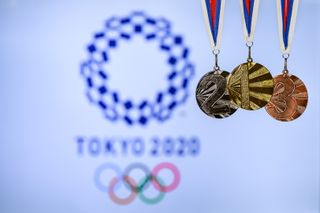 The Olympic Games, which are scheduled to be held this summer in Tokyo, could be postponed until later this year amid the coronavirus outbreak, Japan's Olympic minister said during a parliament meeting. But the organizers are doing everything they can to have the games go on in the summer as planned, according to the BBC.

The novel coronavirus first appeared in Wuhan, China, late last year and has since infected over 92,000 people and killed over 3,000, reaching every continent except Antarctica. Most of the cases of COVID-19, the disease caused by the coronavirus, have been in mainland China.

But while the rate of new cases is slowing down in China, dozens of other countries have seen recent surges in cases, including growing hotspots in South Korea, Iran and Italy. Compared with the thousands of cases in those hotspots, the number of infections in Japan has been much lower. Even so, the virus is thought to be spreading in the country.

Related: The 9 deadliest viruses on earth

As of Tuesday (March 3), about 283 cases of COVID-19 had been confirmed in Japan; this number includes the 43 people who have recovered and the six deaths there, according to the latest numbers from the Johns Hopkins University COVID-19 Dashboard.

The Summer Olympic Games are scheduled to be held from July 24 to Aug. 9 in Tokyo, and "we are doing all we can to ensure that the Games go ahead as planned," Seiko Hashimoto, Japan's Olympic minister, said during a parliament meeting, according to the BBC.

The contract between Tokyo and the International Olympic Committee (IOC) holds that the Olympic Games be held within the year 2020. That "could be interpreted as allowing a postponement" to later this year, Hashimoto said.

But the decision to cancel will ultimately come down to the committee. The IOC executive board met in Switzerland on Tuesday (March 3). The board "expressed its full commitment to the success of the Olympic Games Tokyo 2020 taking place from 24 July to 9 August," the board wrote in a statement.

The board members noted that they created a task force to monitor the coronavirus situation with regard to the Games; that task force involves the IOC, the Tokyo 2020 organizers, the city of Tokyo, the Japan government and the World Health Organization. The board also encouraged athletes to continue preparing for the games, according to the BBC.

Some other sporting events that were set to take place in China, such as the World Athletics Indoor Athletics Championships and the Chinese Grand Prix, have already been canceled or postponed, according to the BBC.

The U.S. State Department has put Japan under a level 2 travel "alert," which means people should "practice enhanced precautions" when considering traveling there, according to the Centers for Disease Control and Prevention (CDC). Older adults and those with chronic medical conditions should consider postponing nonessential travel," the department wrote.