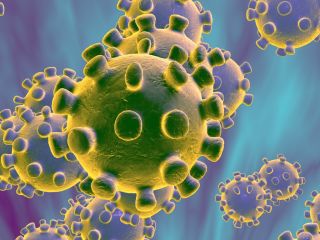 An unidentified form of viral pneumonia has struck several dozen people in the Chinese city of Wuhan, sparking concerns that the country may be facing an outbreak of severe acute respiratory syndrome (SARS).

Back in 2002 and 2003, SARS spread to 26 countries, infecting more than 8,000 people with a severe, flu-like illness and claiming more than 750 lives, according to the Centers for Disease Control and Prevention (CDC). The outbreak began in China, where 349 people died from the disease on the mainland and 299 more perished in Hong Kong, according to Asian news channel CNA. The SARS virus spreads through person-to-person contact and can be expelled from an infected individual when they cough or sneeze, contaminating both people and nearby objects. The World Health Organization (WHO) declared that China was free of SARS in 2004, but now, a mysterious bout of viral illness has led to speculation that the disease is back.

Forty-four cases of the unidentified illness have been reported so far, including 11 "severe" cases, according to the international news agency AFP. Many of the infected individuals were stall holders at Wuhan's Huanan Seafood Wholesale Market, which health authorities have closed until further notice, according to the South China Morning Post. In a further effort to contain the outbreak, airports in Hong Kong, Singapore and Taiwan have ramped up screenings for fever among their passengers.

The cause of the infections remains unknown, but the Wuhan Municipal Health Commission has ruled out "influenza, avian influenza, adenovirus infection and other common respiratory diseases" as potential culprits, according to TK. "At this point, severe acute respiratory syndrome coronavirus is not yet confirmed or excluded as the cause of the outbreak," said Gauden Galea, WHO's representative in China, AFP reported.

In response to speculation about a SARS outbreak, the Wudan police announced Wednesday (Jan. 1) that eight individuals had been punished for "publishing or forwarding false information on the internet without verification," the AFP added.

During the 2002 outbreak, SARS caused many fatalities among young people, so it's important to determine whether serious cases of the virus are occurring in young or elderly individuals, she added.

The mystery pneumonia may also be caused by a rare virus or one that was previously unknown, Dr. Jiang Rongmeng of Beijing Ditan Hospital told the South China Morning Post.

Unlike in the 2002 SARS outbreak, "no apparent human-to-human transmission has been detected so far. Otherwise, there would have been a community outbreak with more infections," Rongmeng added.