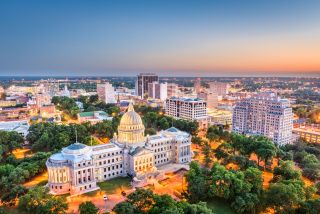 Mississippi has reported 8 deaths from COVID-19 and 579 confirmed cases of the disease, according to the Mississippi State Department of Health.

Since the first case was reported March 11, COVID-19 has now been identified in people in the majority of the state's 82 counties. The state is in the middle of the pack, at number 23 on the list of U.S. coronavirus cases per state.

Mississippi Gov. Tate Reeves has challenged the push to issue a shelter-in-place order for his state. On Tuesday (March 24), he issued an executive order overriding local officials' order to close all non-essential businesses. The governor's order classifies many more business as essential compared to other states, such as gun shops, department stores, and real-estate offices. The republican governor has urged employees to work from home "to the extent feasible," Business Insider reported. Citizens are also advised to avoid gatherings of more than 10 people, except for in offices, airports, grocery stores or department stores.

People in Mississippi who have symptoms of the illness can call their health care provider, who will determine whether they need to be seen in person for testing, according to NBC news.

Gov. Tate Reeves declared a state of emergency on Saturday (March 14). He also asked that all school districts close for at least a week in response to the COVID-19 outbreak. Reeves is working from the governor's mansion for the next 14 days after having just returned from a trip to Spain, according to WAPT.