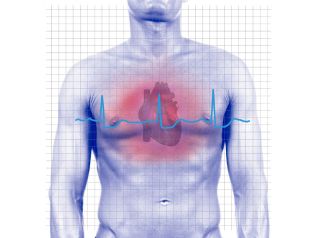 Working overtime can take its toll on more than just sanity. It might be bad for the heart, a new study reveals.

Among 6,014 people followed for about 11 years, those who worked 10 or more hours a day had a 60-percent higher risk of heart-related problems, such as death due to heart disease or a non-fatal heart attack, than those who didn't work overtime.

The results held even after the researchers accounted for other risk factors that might influence heart problems, such as smoking, being overweight, or having high cholesterol.

The researchers point out, however, that the results only show an association, not a direct causal link, so more research is needed to firm up the findings.

The study is published in the May 12 issue of the European Heart Journal.

The study started in 1985 and recruited participants aged 35-55 from 20 London-based government agencies.

Information was collected at regular intervals, and between 1991 and 1994, a question on working hours was introduced.

During the average 11.2 years of follow-up, Dr. Marianna Virtanen, an epidemiologist at the Finnish Institute of Occupational Health in Helsinki and her colleagues, found there had been 369 cases of fatal coronary heart disease, non-fatal heart attacks and angina (chest pain that occurs when not enough oxygen-rich blood reaches the heart).

After adjusting for factors such as age, sex, marital status and job position, they found that working three to four hours overtime, but not one to two hours, was associated with the higher rate of coronary heart disease. In fact, accounting for a total of 21 risk factors made little difference to these estimates.

How work pulls the heart strings

There could be a number of possible explanations for this association, including:

The researchers hope further research will help to tease out the strongest hypotheses.

The study did not include blue collar workers, so it remains unclear whether the findings can be generalized to the population as a whole, the researchers said.

In an accompanying editorial Gordon McInnes, a professor of clinical pharmacology at the University of Glasgow in the United Kingdom, said that until the subject is studied more carefully "physicians should be aware of the risks of overtime [work] and take seriously symptoms such as chest pain, monitor and treat recognized cardiovascular risk factors, particularly blood pressure, and advise an appropriate lifestyle modification."

McInnes concluded by quoting the English philosopher Bertrand Russell: 'If I were a medical man, I should prescribe a holiday to any patient who considers work important."