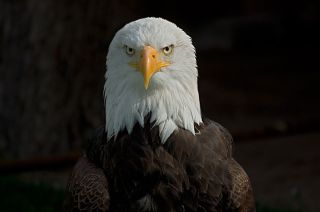 The bald eagle is one of the Endangered Species Act's successes. The iconic bird of prey was officially delisted on June 28, 2007.
(Image: © stock.xchng)

Cleaner air, cleaner water and cleaner-burning gasoline — which means less brain-toxic lead in our blood — are the major achievements of the modern environmental movement, but global climate change looms as the elephant in the living room, experts say.

Let's start with the good news on this anniversary of Earth Day.

"After almost 40 years, the environment is significantly improved in many ways from the condition it was in on the first Earth Day in 1970," said Eric Goldstein, a lawyer with the National Resources Defense Council.

Not everyone agrees with this level of optimism but here is where progress has been made:

Thanks to the Clean Water Act, which went into effect in the 1970s, more of the nation's rivers and lake waters are swimmable, fishable and drinkable. The laws limit the discharge of toxic chemicals and sewage from factories and industry into the nation's water, including wetlands, sloughs and prairie potholes.

The air you breathe

Thanks to the Clean Air Act, legislation started in the '50s and strengthened in the '60s, '70s and beyond, more of our air is breathable, or healthier to breathe. The laws limit allowable emissions of CO, CH4, N2O, and other gases from motor vehicles and gasoline (via evaporation). They also deal with reducing smog and acid rain.

Thanks to efforts to phase out leaded gasoline (as part of the Clean Air Act), fewer children suffer from lead-induced retardation and other developmental problems. Tetraethyl lead was a gas additive that made engines run smoother, but it also built up in the soil and air, and thus caused harmful, toxic levels in children's blood stream. Leaded gasoline was phased out totally in the United States by the mid-1990s. Blood lead levels have been cut in half.

Thanks to the banning of the insecticide DDT and the Endangered Species Act, both initiated in the early 1970s, numerous bird species have been protected from extinction, including the bald eagle.

Numerous federal regulatory oversight and safety agencies — such as the Environmental Protection Agency, the Nuclear Regulatory Agency, and the National Oceanic and Atmospheric Administration (NOAA) — have helped forge more federal laws and policies to protect the environment.

"And millions of acres of parkland and other ecological sensitive places have been protected," Goldstein added.

But it's hard to get straight optimism from anyone who studies or advocates for the environment.

"Of course, you can see the glass as half full and half empty, because there are many significant challenges that remain," Goldstein told LiveScience. "And of course global warming is first and foremost, and the most critical. And despite the progress, there has also been increasing loss of species around the world, threats to the health of our oceans; there is water scarcity in many parts of the world and haphazard development patterns."

A little-discussed downside: U.S. gains in clear air and water often come at the expense of other nations, Drexel University sociologist and environmental scientist Robert Brulle said. We export our toxin-producing manufacturing to places such as Canada, Mexico and China where there are looser environmental policies. We clean up our act, their air and water gets dirtier.

Most of the above landmarks were primarily achieved starting in the 1970s, leaving some to ask, "What have you done for me lately?"

The hold-up in progress these days is that early tree huggers tackled the low-hanging fruit first, Brulle says. Now the harder stuff — global issues like global warming, biodiversity loss, deforestation — remains to be solved. Also, the grass-roots movement is less powerful and less empowering. It's hard to get on the board of a lot of these organizations, other than say the Sierra Club, National Audubon Society or the Center for Health, Environment & Justice.

Nowadays, a lot of organizations — there were 1,339 that operated nationally and reported to the IRS in 2003, according to Brulle — give citizens a "free ride." Just give money. No need to write a letter, attend a rally or lecture, or change one's lifestyle.

Meanwhile, the environmental movement has a total annual income of $2.7 billion, Brulle said. And some of the organizations do good work by focusing on buying and preserving land to protect ecological habitats, but this does nothing today for the more pressing issue of global climate change, he says.

"You can buy an ecosystem, but shifts in climate change will destroy the ecosystem as it exists," Brulle said.

As an example, Brulle points the finger at the Nature Conservancy, which commanded about 19 percent of all environmental income dollars in 2003 by his calculation.

"Do we want to be putting 19 percent of [donations] income on a strategy that is really about buying land?" Brulle said. "That is not going to address global climate change and biodiversity losses … the strategy has failed."

Brulle's picks for where to put your environmental dollars — the Sierra Club (for which he is an unpaid advisor; he likes how they effectively connect individuals with national concerns), Center for Health, Environment & Justice (he likes their highly local work) and 350.org.

About 62 percent of Americans refuse to accept that global climate change is a problem, despite a consensus among scientists that it is. And that's a problem.

Sure, shrinking global biodiversity and the link between toxic chemicals and human health loom, but these pale in comparison to the threat of climate change, he said.

It's easy to see that oil spills are bad for the environment. The trick with climate change is getting people to visualize it, the goal of a new book, "Climate Change: Picturing the Science" (W. W. Norton & Co., 2009), which shows photos of melting ice and permafrost, and of rising sea levels in Venice and Miami, as well as other evidence that brings the problem to life.

An exhibition of the photos is on display today in Manhattan on the outside corner of the Port Authority Bus Terminal at 42nd Street and Eighth Avenue.

History and what's to come

Environmentalism was a non-partisan issue for most of the nation's history. Richard Nixon and Theodore Roosevelt both were environmentalists. The gulf between the two parties' positions on the environment started in the mid-1970s and has widened steadily ever since, an analysis by Brulle shows.

Brulle is less than optimistic about significant or major changes, except in a few areas. A big wilderness preservation bill was passed last month in Congress. And we'll soon become a more energy efficient nation, as part of President Obama's push for more "green jobs."

Also management of overfishing is improving and will continue to do so with Oregon State University marine biologist Jane Lubchenco as the new chief of NOAA, he said.

"Trying to run a transportation system based on 'Hummers" took a long time to develop and will take equally long to restructure," he said.

He predicts significant changes in our energy use and patterns in the areas of transportation, home heating and industrial energy use, if only due to rising energy costs. The United States currently ranges from non-competitive to among the worst in the world in these areas (especially in transportation and domestic energy use).

New housing designs, new methods of generating electricity and new transportation methods are on the horizon, he said, also due to rising costs.

"These will also have global warming benefits," he said. "The big unknown is whether the latter benefits will be enough to matter."

Perhaps an even bigger overhaul, not a bigger or better movement, is required to solve our environmental woes, according to "Bridge at the Edge of the World" (Yale University Press, 2008) by James Gustave Speth, dean of Yale University's School of Forestry and Environmental Studies.

Efforts to deal with environmental deterioration are failing across the board, Speth says. His solution is to look at capitalism and our political system, reorient our values away from economics and toward human and natural ecology, and reinvent a new way of living on the planet.