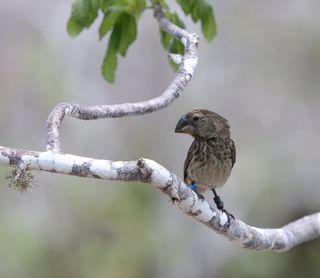 In the summer of 2006, I heard that a new book called Godless presented an insightful and devastating criticism of the theory of evolution. Although I learned that its author, Ann Coulter, is not a scientist but a lawyer turned author and TV pundit, she nevertheless appeared to be an intelligent and well-educated person, so I started reading.

At first I was puzzled. There did not seem to be anything new; only tired and outdated antievolution arguments involving moths, finches, and fruit flies. But it wasn’t until Coulter dusted off the old Piltdown man story that I suddenly realized: it was a hoax! And it was brilliant.

Coulter has very cleverly written a fake criticism of evolution, much like the way NYU physicist Alan Sokal in 1996 published a fake physics article in a literary journal, an affair that has become known as the “Sokal hoax.” A self-proclaimed “old unabashed leftist,” Sokal was disturbed by the sloppily antiscientific, postmodernistic mentality that had started to replace reason and rationality within the academic left and ingeniously made his point by managing to get his nonsense article published by the very people he wished to expose.

Coulter’s aim at antiscience is at the other end of the political spectrum. An equally unabashed rightist, she is apparently disturbed by how factions within the political right abandon their normally rational standards when it comes to the issue of evolution. However, whereas Sokal revealed his hoax in a separate article, Coulter challenges her readers to find out the truth for themselves. Without claiming to do justice to Coulter’s multifaceted and sometimes subtle satire, I will attempt to outline some of her most amusing and salient points.

The attacks on evolution these days come not so much from traditional creationists, adhering to the literal interpretation of Genesis, as from proponents of intelligent design (ID), the notion that some biological systems are so complicated that they must have been designed. Unlike creationists, the ID proponents refuse to identify the designer; in particular, they do not mention God. As a matter of fact, design is only defined as “anything else but chance.”

A problem with ID that has been pointed out over and over is that it isn’t much of a scientific theory, as it does not attempt to explain anything, only criticize evolutionary biology. Coulter makes this point subtly. She nicely summarizes the theory of evolution by listing the main driving forces, mutation and natural selection, and the conclusion, creation of new species. And the corresponding summary of ID? Absent! Admirably clever.

Two of the most vehement ID advocates are Michael Behe and William Dembski. Behe is a professor of biochemistry at Lehigh University and one of very few ID proponents who is actually a scientist with an established research record. In 1996 Behe published Darwin’s Black Box, which claims to present a biochemical challenge to evolutionary biology, a claim that has been thoroughly opposed, for example, by Brown University biology professor Kenneth Miller.  It is hard for most of us to follow the technical arguments, but Behe would be the first to admit (and in fact does so on his academic Web site) that he is very lonely among his peers in advocating ID.

Coulter makes fun of Behe by vastly exaggerating his claims. For example, she claims that Behe has “disproved evolution” by demonstrating it to be a “mathematical impossibility.” The truth is that Behe, who has no expertise in mathematics, accepts much of evolutionary theory.

On occasion, Coulter’s satire is quite esoteric. Such is the case when she states, “Behe disproved evolution—unless evolution is simply a nondisprovable pseudoscience, like astrology.” To understand the subtle linking of Behe to astrology, one must be familiar with Behe’s testimony in the Dover trial in which he had to concede that if intelligent design was accepted as science, one must also accept astrology.

The other front figure, William Dembski, is a research professor in philosophy at Southwestern Baptist Theological Seminary in Fort Worth, Texas. I think Coulter is perhaps overly sarcastic when she lists his background: doctorate in mathematics, master of divinity degree, postdoctoral work in mathematics, physics, and computer science.

The sarcasm here is that Coulter lists postdoctoral positions in physics, mathematics, and computer science, but when one looks up Dembski’s publication record, none of these positions led to any published research. In fact, Dembski has published precisely one original research article in a reputable journal: a 1990 paper on probability theory. Coulter goes on to refer to Dembski’s “complicated mathematical formulas” and “statistical models” and jokes that there is yet no serious response. In reality, the few mathematicians who have bothered examining Dembski’s mathematics have been completely unimpressed. A nice summary and evaluation of Dembski’s oeuvre was written for the Dover trial by renowned mathematician Jeffrey Shallit. Shallit’s conclusion in one word: pseudomathematics.

The Return of Mr. Piltdown

The Piltdown man has been a favorite in the antievolution camp for a long time. A fake fossil composed of a human skull and the jaw bone of an ape, the Piltdown man was “discovered” in 1912, and it was not until 1953 that the hoax was revealed. Was it then exposed by a team of lawyers led by Reverend Fred Phelps of Kansas? No such thing. The fraud was exposed by scientists, doing what they usually do: trying to figure out the truth. Moreover, there was no crisis in the scientific community.

In fact, quite the opposite was true, as the Piltdown man was mostly regarded as an anomaly that did not fit into the evolution of man, and everybody was glad to see him gone. Coulter’s joke consists of the mere mention of good old Mr. Piltdown, who obviously cannot in any way be used as an argument against evolution.

The peppered moth is a famous example of natural selection. During the industrial revolution in England, the light-colored variety of the moth started being replaced by a dark variety that was better camouflaged against predators as soot from the burning of coal started coating the countryside. This logical and seemingly innocent example has not escaped the ire of ID proponents. Coulter makes fun of the irrelevant complaint that the famous photos of the moths that have appeared in many biology books were staged. But, of course, one can stage a photo for the purpose of comparison, just like a Photoshop job could put Coulter next to Johnny Winter to compare a lawyer from Connecticut and a blues guitarist from Texas.

As for the fossil record, finally, Coulter bluntly states that it carries “no evidence” and supports this claim by jokingly referring to the authority of a Phillip Johnson, who is a lawyer!

If evolutionary theory is not a legitimate science, it must be the biggest scam the world has ever seen.

By referring to “pseudoscience” and biology teachers “lying to your children,” Coulter makes fun of the conspiracy theorists in the antievolution crowd. It’s all a gigantic worldwide cover-up (probably orchestrated by the same people who blew up the World Trade Center and the levees in New Orleans, and tried to blame “terrorists” and a “hurricane”). It includes not only university professors and researchers but high-school teachers, science reporters, and Alex Trebek. And not only in America; the conspiracy is worldwide. It is nothing short of a miracle how well organized it is.

Coulter also has some fun with the common debating trick “reductio ad Hitlerum,” the idea that any argument is invalidated if it can be somehow linked to Hitler. In the case of evolution, the argument comes in handy in claiming that Nazism is a logical consequence of belief in evolution and that the latter must therefore be flawed science.

This argument is silly in many ways. First, the validity of a scientific theory does not hinge upon how it has been interpreted by German dictators. And second, a scientific theory is not an ideology; it aims at explaining nature, not telling us what to do. Evolutionary biology did not oblige Hitler to kill Jews any more than nuclear physics mandates Kim Jong-Il to acquire the atomic bomb. And the theory of gravity does not require that you go jump off a bridge.

What about God, then?

Evolutionary biology is no more an atheistic theory than is nuclear physics, relativity theory, or astronomy.

Famous British evolutionary biologist Richard Dawkins is an atheist, the previously mentioned Kenneth Miller is a Catholic, and Michael Behe stated during the Dover trial that Darwin’s theory of evolution is not at all inconsistent with his private religious beliefs. Inserting mystical or religious explanations for natural phenomena is not new and did not even escape the great Isaac Newton. He believed that the solar system was unstable and required the occasional touch of the hand of God to stay in order. Later, the French scientist Pierre-Simon Laplace showed that the solar system was indeed stable without the hand of God. By that time, Newton was long dead but would easily have accepted Laplace’s theory about the solar system without losing his faith that God was ultimately responsible for its creation.

The tale of Newton and Laplace brings us to the question why there is, in some circles, such fear of science. Coulter points out that no science is frightening to Christians, thus encouraging people to accept that scientific results are not a threat to their faith. I certainly agree. Richard Dawkins and Kenneth Miller disagree about God’s existence, and it is up to you to decide with whom you agree.

However, when it comes to evolutionary biology, they agree and they know what they are talking about. It is unfortunate that some people are so insecure in their faith that they fear their own intellects, especially as the concept of man’s free choice is central in Christian theology, making it perfectly logical that God has created the world so that we can explain it without assuming Him as a hypothesis. Coulter offers these encouraging words: “Of course it’s possible to believe in God and in evolution” and “If evolution is true, then God created evolution.”

In conclusion, Coulter has written a biting satire over the trend of anti-intellectualism that clouds part of the conservative ideology, which is otherwise based on principle and reason. If I have any objection to Coulter’s piece, it would be that it is a bit lengthy, but perhaps this too is part of the satire, as some antievolution pieces tend to be pretty verbose. There are also some things I don’t fully understand, for example several references to bestiality and some seemingly nonsequitur remarks about Cher and Elton John. Considering how wonderfully multilayered Coulter’s writing is, I am sure there is a perfectly logical explanation.

Peter Olofsson, whose PhD is in mathematical statistics from Göteborg University in Sweden, is a visiting associate professor in the Department of Mathematics at Tulane University. He has done research in mathematical biology and published two books: one textbook in probability and statistics and one new popular-science book, Probabilities: The Little Numbers That Rule Our Lives. His Web page is at http://www.peterolofsson.com.