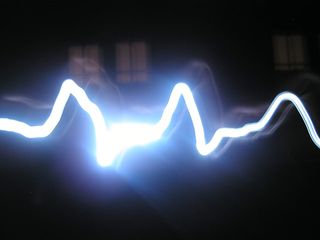 In the near future, longer-lasting batteries could run on virtually anything sugary, including tree sap or flat soda pop.

Scientists say these sweet new batteries could operate three to four times longer than the conventional lithium ion batteries commonly used in cell phones, laptops, MP3 players and many other portable electronic devices. And they are biodegradable.

"By bridging biology and chemistry, we can build a better battery that's also cleaner for the environment," researcher Shelley Minteer, an electrochemist at Saint Louis University in Missouri, said in a prepared statement.

Sugar is used as fuel by all living things. Now Minteer and her colleagues have adapted enzymes from nature that can strip charges from sugar to generate electricity in fuel cells.

Like all fuel cells, the new device combines fuel—in this case, sugar—with air to generate electricity and water as the main byproducts. Unlike other fuel cells, all the materials used to build the sugary device are biodegradable.

The key ingredient making up the new device is the charge-stripping enzyme. The scientists incorporated this enzyme into membranes composed of chitosan, a commercial compound derived from crabs, shrimp and other crustaceans. These membranes are then integrated into fuel cells.

Minteer and her colleagues have developed a small prototype battery about the size of a postage stamp to successfully run a handheld calculator, findings they presented today at the American Chemical Society annual meeting in Chicago. They said the fuel cell could be ready for commercialization in three to five years.

So far the researchers have run the batteries on sap from trees and cacti, flat soda and sweetened drink mixes. They also tested fizzy sodas, but Minteer noted the carbonation appears to weaken the fuel cell. So far the best fuel source is simply ordinary table sugar dissolved in water.