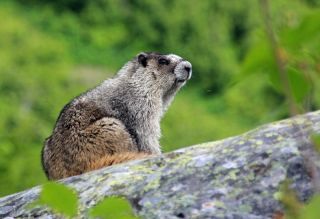 A couple in Mongolia who consumed raw marmot meat as a folk remedy ended up contracting the plague, according to news reports.

The husband and wife ate raw marmot meat and organs, which they believed to be good for health, according to The Washington Post. But they soon developed serious symptoms, including fever and, later, vomiting blood, the Post reported. They died on May 1.

The couple was diagnosed posthumously with plague, the age-old disease caused by the bacterium Yersinia pestis. The disease is known to affect rodents, including marmots.

The deaths prompted authorities to impose a quarantine in the area where the couple lived, a town in the Bayan-Olgii province bordering China and Russia. The quarantine was lifted on May 6 after no additional plague cases were reported.

Plague is perhaps best known for killing millions of people in Europe in the 1300s during a pandemic called the Black Death. The infection still occurs today, although it is relatively rare. Humans can catch the plague through flea bites or, as in this case, through contact with the tissue or bodily fluids of an infected animal, according to the Centers for Disease Control and Prevention.

One form of plague, called pneumonic plague, is contagious and can spread when an infected person coughs droplets into the air. The two other forms of plague, bubonic and septicemic, are not contagious.

Plague is treatable with antibiotics if the disease is caught early, but without treatment, it has a high fatality rate, according to the World Health Organization.