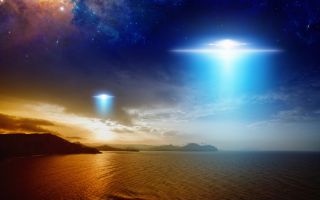 Extraterrestrials, take note: The U.S. Navy plans to set up an official reporting and investigative system that will monitor reports from its pilots about unidentified flying objects.

But while this "X-Files"-worthy operation sounds newsy, don't expect to hear details about it anytime soon. The Navy doesn't intend to make the data public, citing the privileged and classified information that these reports usually include, according to The Washington Post.

"Military aviation safety organizations always retain reporting of hazards to aviation as privileged information in order to preserve the free and honest prioritization and discussion of safety among aircrew," Joe Gradisher, a spokesman for the Office of the Deputy Chief of Naval Operations for Information Warfare, told The Washington Post. [7 Things Most Often Mistaken for UFOs]

In fact, beyond the announcement that the Navy is setting up this UFO-reporting procedure, "no release of information to the general public is expected," Gradisher said.

The upcoming procedure comes in the wake of other government-related UFO news. In late 2017, word came out that the Pentagon had a secret "UFO" office that spent $22 million over five years to study strange and threatening aeronautical events. Although funding for the venture, called the Advanced Aerospace Threat Identification Program (AATIP), ended in 2012, the program didn't entirely stop, according to those reports.

When news of AATIP became public in 2017, the Defense Department released two declassified videos, which showed pilots talking about a bizarre aircraft that appeared to accelerate quickly, even though it had no recognizable means of propulsion. These aircraft, which looked like blobs on the video, could allegedly drive thousands of feet in an instant.

By creating this new program, the Navy hopes to destigmatize any reporting associated with incidents that involve UFOs, which could, after all, be militarized aircraft from other parts of the world.

"There have been a number of reports of unauthorized and/or unidentified aircraft entering various military-controlled ranges and designated air space in recent years," the Navy told Politico, which broke the story. "For safety and security concerns, the Navy and the [U.S. Air Force] takes these reports very seriously and investigates each and every report."

The public may get a whiff of these incidents eventually, although the details may be scarce. For instance, perhaps unclassified parts, broad overviews or statistics about the number of sightings could be released, Luis Elizondo, an intelligence officer who ran AATIP before leaving the Pentagon, told The Washington Post.

"If it remains strictly within classified channels, then the 'right person' may not actually get the information," Elizondo said. "The right person doesn't necessarily mean a military leader. It can be a lawmaker. It can be a whole host of different individuals."

The government is making a smart move by announcing its intentions to formally document and analyze these UFOs, said Seth Shostak, a senior astronomer at the Search for Extraterrestrial Intelligence (SETI) Institute in Mountain View, California.

"It will make everybody happy because it sounds like a move toward transparency," Shostak told Live Science.

With this announcement, the Navy benefits not only because it will formally investigate these strange sightings, which may well be reconnaissance or enemy aircraft from other nations; the Navy is also winning a nod from the roughly two-thirds of Americans who think that the government isn't divulging everything it knows about extraterrestrials and UFOs, said Shostak, citing a 2002 study on attitudes about aliens.

That said, the government probably isn't formalizing this program because it's looking for E.T.