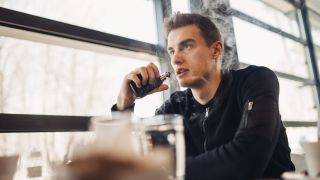 The U.S. Food and Drug Administration (FDA) is investigating a possible link between e-cigarette use and seizures, the agency announced today (April 3).

The FDA said that, between 2010 and 2019, there were 35 reported cases of people who had seizures shortly after they used e-cigarettes. Most of these reports involved teenagers or young adults.

The agency stressed that it's not yet clear if the e-cigarettes caused the seizures. There could be other factors that contributed to the patients' seizures, such as the use of other drugs. Indeed, a few of the patients reported use of other substances in addition to e-cigarettes, such as marijuana or amphetamines. Some patients may also have had underlying medication conditions that triggered the seizures.

However, it's known that seizures can be a symptom of nicotine poisoning, which happens when people are exposed to high levels of the compound, such as through accidental swallowing of nicotine-containing e-liquids. The FDA notes that some e-cigarettes have designs that allow users to obtain high levels of nicotine quickly.

"We believe these 35 cases warrant scientific investigation into whether there is in fact a connection" between e-cigarettes and seizures, the FDA said in a statement.

The agency is calling on doctors and the general public to report cases of seizures tied to e-cigarette use to better understand the link.

"Additional reports or information about these incidents may help us determine if there’s a connection and help identify common risk factors and if any e-cigarette product attributes, such as nicotine content or formulation, may contribute to seizures," the statement said.