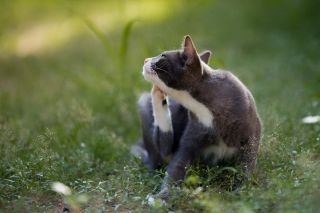 Dozens of people in the Los Angeles area have been diagnosed with typhus, a relatively rare bacterial disease spread by fleas, according to health officials.

Although typhus cases do normally occur in the area, officials have seen a spike in cases in recent months, according to the Los Angeles County Department of Public Health.

From July to September, there were nine reported cases of typhus in downtown Los Angeles alone, an usually large cluster for the area, according to a health alert from the county health department. And the city of Pasadena has reported "epidemic levels" of the disease, with 20 cases so far this year — well above the city's usual five cases per year. In Long Beach, 12 cases were reported this year, which is double the number reported in past years, officials said. [5 Weird Effects of Bug Bites]

Typhus is caused by bacteria called Rickettsia typhi or Rickettsia prowazekii, which are carried by fleas. People contract the disease when they are exposed to infected fleas and the bacteria enter their skin through scratches or any other cuts or scrapes, according to the Long Beach Department of Health and Human Services.

In people, typhus can cause high fever, chills, headache and rash. It is treatable with antibiotics.

In the Los Angeles area, infected fleas are most often carried by rats, feral cats and opossums. Places where there is an accumulation of trash can attract these animals and increase people's risk of exposure to infected fleas, the Los Angeles County Department of Public Health said in a statement.