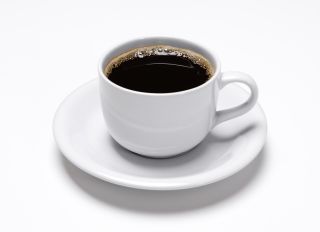 Some diet supplements that contain caffeine claim that the compound helps reduce appetite. Other research has suggested that caffeine could speed up metabolism.

It looks like those claims don't live up to the hype: According to a new study published today (July 19) in the Journal of the Academy of Nutrition and Dietetics, caffeine doesn't have an effect on weight loss.

In the study, researchers recruited 50 healthy adults between the ages of 18 and 50, and one day a week for three weeks, asked them to come to the lab in the morning to drink either some caffeine-infused juice or a placebo. The drink either contained no caffeine, caffeine equivalent to a 4-ounce serving or caffeine equal to an 8-ounce coffee. The participants weren't told which drink they received each time, but by the end of the experiment, they had each received all three of the drinks. [10 Interesting Facts About Caffeine]

Thirty minutes after drinking the juice, the participants were presented with a breakfast buffet, where they were allowed to eat as much as they wanted. Then, they were sent home and instructed to document everything they ate throughout the rest of the day using an online tool. They also recorded their appetite levels throughout the day.

Outside of the lab, the researchers found no significant differences in participants' appetites or the amounts of food eaten throughout the day based on the amount of caffeine they drank. They also found that the participants' body-mass indexes had no effect on their appetite or how much they ate.

The findings — that caffeine may have a small effect on food intake shortly after drinking it but the effect quickly wears off — "suggest caffeine has weak, transient effects on energy intake and do not support caffeine as an effective appetite suppressant," the authors wrote in the study.

Instead, the study "reinforces the importance of good eating habits and not relying on unsupported weight loss aids or unhealthy practices," study co-author Carol DeNysschen, chair of the Department of Health, Nutrition, and Dietetics at SUNY Buffalo State College, said in a statement.