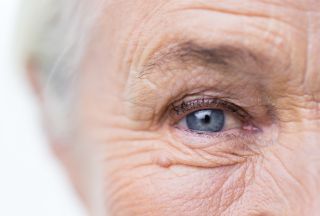 As technology advances, prospects for increasing the human life span are seemingly everywhere.

But is there a limit to how long humans can live? According to a new study, published today (June 28) in the journal Science, the answer to that question is no. What's more, the researchers argue that after age 105, the risk of dying each year remains the same.

In 1825, British actuary Benjamin Gompertz proposed that the risk of dying exponentially increases by age, such that a person at age 70 would be at a much higher risk of dying than a 30-year-old. [Extending Life: 7 Ways to Live Past 100]

Since then, others have claimed that while the relative risk of dying does increase as you get older, the risk, in fact, slows down after a certain age. (For example, the likelihood of dying is different between a 45-year-old and a 35-year-old, but is similar for a 100-year-old and a 110-year-old.)

But "it's been hard to tell whether this appearance of leveling is due to bad data or a real phenomenon of mortality," said Kenneth Wachter, a professor emeritus of demography and statistics at the University of California, Berkeley, and a senior author of the new study. Now, "we're getting better data than anyone has had before."

In the new study, researchers looked at data from 2009 and 2015 on the survival rates of more than 3,800 Italians, all older than 105. In Italy, records of municipality populations are taken yearly every January.

The researchers found that the risk of dying at each age does increase exponentially until a person reaches 80, and then begins to slow, finally reaching a plateau after age 105. At that point, the risk of dying at each age is the same for a 105-year-old, a 110-year-old, a 112-year-old, etc. "Beyond 105, whether you survive the next year or not is like tossing a fair coin…It's about a 50-50 throw," Wachter told Live Science.

To make sure that their data wasn't due to misreporting of age, the team collected the death certificates of each deceased person. They also collected birth certificates for supercentenarians, or those who have lived past 110 years and who are most problematic when it comes to reporting their correct age.

One limitation, the researchers noted, was that their data was mostly from women; only 463 of the people in the study were male. However, it's known that "women survive much [longer] than men," Wachter said. Though their data can't support it, he thinks this plateau would also be seen in men.

The researchers also found that the plateau was slightly lower for people who were born in later years. In other words, they had a slightly lower risk of dying at the age of 105 and beyond. "That's not a fair coin, but a coin biased in their favor," Wachter said. [Top 10 Immortals]

The limit does not exist — or does it?

Not all researchers agree with the new paper's findings, however. Brandon Milholland, for example, co-authored a paper published in Nature in 2016 that argued that a limit to human life span does exist, and it is bound by natural processes.

"I do not consider the evidence for a plateau presented in this paper to be especially strong," Milholland told Live Science. But even "if we assume that this paper is correct and mortality [risk] is flat after age 105, the fact that the chances of dying don't go up doesn't mean there is no limit to life span."

Indeed, the chances of dying at each age above 105 are still quite high, he said. "There aren't many 105- year-olds to begin with, and only a fraction of them will live to 106. And only a fraction of those survivors will make it to 107, and so on," he said. "Soon, we reach an age at which we expect close to no survivors, or a survivor only once in 1,000 or 10,000 years." (The oldest known living person was Jeanne Calment, a woman who died at the age of 122.)

But Holger Rootzen, a statistician at Chalmers University of Technology in Sweden, told Live Science that he thought the new study was "competently and correctly done" and that it "analyzes a new and extremely interesting data set." Rootzen, who was not involved with the new study, published research in December in the journal Extremes that also argued against a limit to human life span.

Wachter said that two factors might contribute to the existence of these plateaus, however: genetics and so-called "frailty" selection.

To explain frailty selection, imagine walking into a 50th college reunion, Wachter said. "Some people look to be in the peak of health and are bragging about climbing mountains and other people are not doing so well, they're frail," he said. But 25 years later, most of the frail people don't show up to their 75th reunion because they will have died at higher rates. "So, the people who do show up 25 years later … are the people who were stronger and more robust earlier on."

Watcher noted that similar information on age and risk of death is being collected in 15 other countries around Europe, and could potentially back up the study's findings.

"Italy has been observed to have somewhat better longevity at these extreme ages, at least in parts of the country, than other places," he said. "But we expect that something like what we're seeing [in Italy] will [also] turn up as data come out from other European countries."

Milholland, on the other hand, said that he thinks it might be a stretch to generalize the results to older ages and other countries.