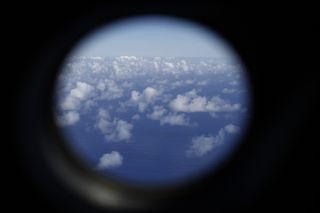 Aviation experts think they know what happened to Malaysia Airlines flight MH370, which disappeared shortly after takeoff on its way to Beijing in March 2014, according to a report from "60 Minutes Australia."

More than four years after the airplane disappeared with 227 passengers and 12 crewmembers on board, an investigation by a panel of experts brought together by the news show has concluded that the disappearance was in all likelihood the result of a deliberate act by the pilot, Capt. Zaharie Ahmad Shah.

The report, conducted by an independent team of aviation experts and presented on the news show with much drama, has no official weight. But it does lend credence to speculation dating back to at least 2016, when it became clear that Shah had deliberately plotted the plane's unexpected course. [Flight 370: Photos of the Search for Missing Malaysian Plane]

According to CBS News, one expert on the panel used military radar data to precisely reconstruct the plane's path. He found that the aircraft skirted along the edges of the Malaysia-Thailand borders — an effective tactic for deliberately avoiding radar detection. He also found that the Boeing 777 "likely" dipped its wing over Shah's hometown of Penang in northwest Malaysia, which the panel suggested might have been for a look out the window.

"He was killing himself; unfortunately, he was killing everybody else on board, and he did it deliberately," Canadian air crash investigator Larry Vance, a member of the unofficial panel, told "60 Minutes Australia."

The panel also concluded, based on physical evidence recovered by official investigators, that the airplane did not strike the water in a sharp dive as earlier reports suggested but was likely controlled until the end, crashing far from shore and outside the earlier search area.

Again, it's important to recognize that this panel's conclusions do not bear any official weight and that those conclusions are inferences, not actual knowledge of Shah's intentions. Shah's family reportedly disputes the panel's conclusion, citing the need for direct evidence upon recovery of the plane.