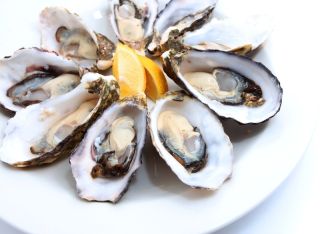 Raw oysters from Canada are tied to a norovirus outbreak that's sickened more than 200 people, according to health officials.

On Tuesday (May 1), the California Department of Public Health (CDPH) warned consumers to avoid eating raw oysters from British Columbia, which are implicated in the outbreak. So far, the outbreak has sickened about 100 people in California and 172 people in Canada, CDPH said.

But how does norovirus get into oysters?

Norovirus is a highly contagious virus that causes sudden vomiting and diarrhea. The virus can be spread from person to person, or by eating contaminated food; and oysters and other shellfish are common causes of norovirus outbreaks, according to the Centers for Disease Control and Prevention.

Exactly how norovirus makes its way into oysters is pretty unappetizing: It can happen when the marine shellfish are exposed to "untreated human sewage (poop) and vomit," according to the Washington State Department of Health. Sewage can get into the ocean in several different ways: for example, through leaky septic systems, faulty waste-water treatment plants or even beachgoers who use the sea as their toilet. [Poop Sausage to Pee Drinks: 7 Gross 'Human Foods']

Since shellfish filter seawater through their bodies to get food, norovirus particles that are in the water can accumulate in the shellfish, the Washington State Department of Health said. Although many types of shellfish can transmit norovirus, outbreaks are most often linked to oysters because they are commonly eaten raw, the health department said.