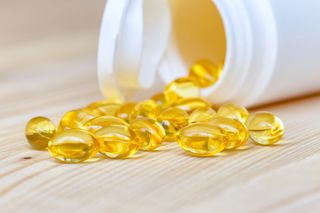 More may not always be better when it comes to vitamin D.

A new study from Denmark finds that high levels of vitamin D in the blood are linked with an increased risk of some cancers — but a decreased risk of others.

Specifically, the researchers found that high vitamin D levels were linked with an increased risk of skin, prostate and blood cancers, and a decreased risk of lung cancer.

The study found only an association; it cannot prove that high vitamin D levels cause or prevent certain cancers. Nor can the study determine the precise reason for these seemingly contradictory effects on cancer risk.

But the researchers hope the findings draw attention to the possibility that high vitamin D levels aren't always a good thing. Until now, much of the research on vitamin D and cancer has been focused on the effects of low vitamin D levels, said study lead author Dr. Fie Juhl Vojdeman, of the Department of Clinical Biochemistry at Bispebjerg Frederiksberg Hospital in Copenhagen, Denmark. [10 Do's and Don'ts to Reduce Your Risk of Cancer]

Vojdeman said more research is needed on the links between high vitamin D levels and cancer.

The findings were presented Monday (April 16) at the American Association for Cancer Research meeting in Chicago and have not yet been published in a peer-reviewed journal.

For the study, the researchers analyzed data from more than 200,000 people living in the Capital Region of Denmark (a region in eastern Denmark) who had their blood vitamin D levels measured between April 2004 and January 2010. (Specifically, the researchers looked at the levels of 25OH vitamin D, or 25-hydroxyvitamin D, a metabolite of the vitamin that's used as a measure of its levels in the body.) None of the participants had been diagnosed with cancer prior to their vitamin D test. The participants were followed for up to 10 years.

The average vitamin D measurement was about 50 nanomoles per liter (nmol/L). Normal levels are between 50 and 125 nmol/L (or 20 to 50 nanograms/milliliter), according to the National Institutes of Health's Office of Dietary Supplements.

But every 10 nmol/L increase in blood vitamin D was also linked with a 5-percent decrease in the risk of lung cancer.

The study was not designed to examine the mechanism behind these links, Vojdeman noted. One possibility, however, is that the higher risk of skin cancer is related to people's sun exposure. (People's bodies make vitamin D when exposed to sunlight, but too much sun exposure can lead to skin cancer.) However, Vojdeman said the study did not have data on the participants' sun protection.

Some studies have also found that the active metabolite of vitamin D, called calcitriol, has an immune suppressive effect that's also seen in some cancers, Vojdeman said.

So, "theoretically, the higher level of vitamin D could reflect a more suppressive immune regulatory environment" that's linked with cancer, Vojdeman said. However, she stressed that this idea is "purely speculative at the moment."

In contrast, in studies in lab dishes, calcitriol has also been shown to counteract the effects of smoking on a type of lung cell, which might possibly explain the link with a reduced risk of lung cancer. But again, this idea needs more research.

Ultimately, "there is a need for more studies on the effects of high levels of … vitamin D on cancer at the mechanistic level," Vojdeman said.