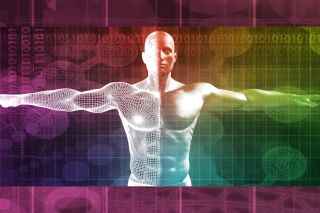 When troops are injured on the battlefield, time is of the essence: How long it takes service members to receive medical care is often the single most important factor in determining whether they live or die.

Now, scientists are looking at new ways to buy some extra time for battlefield injuries, but not by getting medical care to troops faster. Instead, the scientists want to essentially slow down time.

And they're taking a cue from tiny creatures called tardigrades.

A new program from the Defense Advanced Research Projects Agency (DARPA) — the U.S. agency tasked with developing new technologies for the military — aims to develop treatments that literally slow down the body's biochemical reactions, tipping the body into a slowed or suspended state until medical care is available. In other words, the program, called Biostasis, aims to "slow life to save life," according to a DARPA statement.

Such a treatment sounds like science fiction, but there are organisms on Earth that employ similar strategies to stay alive in seemingly deadly environments. For example, tardigrades, the microscopic creatures often known as "water bears," can survive freezing, dehydration and extreme radiation. They do so by entering a state called "cryptobiosis," in which all their metabolic processes appear to have stopped, but the organisms are still alive.

"Nature is a source of inspiration" for the project, Tristan McClure-Begley, the program manager of Biostasis, said in the statement. [Biomimicry: 7 Clever Technologies Inspired by Nature]

"At the molecular level, life is a set of continuous biochemical reactions," McClure-Begley said. Often, these reactions occur only with the help of proteins or "molecular machines" called catalysts, which speed up the rate of chemical reactions.

"Our goal with Biostasis is to control those molecular machines and get them to all slow their roll at about the same rate, so that we can slow down the entire system gracefully, and avoid adverse consequences when the intervention is reversed or wears off," McClure-Begley said.

But perfectly preserving bodies on the battlefield as they wait for medical attention is still a long way off.

First, the scientists plan to examine various ways to slow down biochemical processes in cells and tissues, and eventually scale up to the level of a complete organism, the statement said. A treatment will be considered successful if it slows down all measurable biological functions within a system and the treatment doesn't damage cellular processes when the system returns to "normal" speed.

Technologies developed through the Biostasis program might also be used to extend the shelf life of blood products or biological reagents and drugs, the statement said.