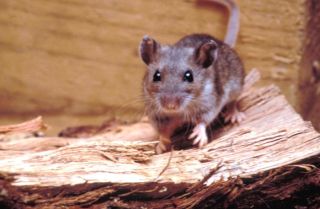 The deer mouse is a carrier of the "Sin Nombre" virus, which causes hantavirus.
(Image: © CDC/James Gathany)

An Arizona woman who contracted a rare, rodent carried virus called hantaviurs, died last week after a 3-month battle with the disease, according to her family.

"Kiley Rianna Terrell Lane left this world and joined her Heavenly Father peacefully on April 18th surrounded by her loving husband, mother, sister, and family," her family wrote on her YouCaring page. "Kiley's family continues to want to build awareness about hantavirus and elevate the conversation around this serious illness…If one person is tested early and avoids the pain and agony Kiley endured, it is a life [positively] impacted," the statement said.

An Arizona woman who thought she had the flu turned out to have an infection caused by a rare, rodent-carried virus called hantavirus, according to news reports.

The woman, 27-year-old Kiley Lane, first started feeling unwell in early January, when she experienced flu-like symptoms, including nausea, as well as sharp stomach pain, according to Fox News.

After going to the doctor, she was initially sent home with laxatives for a suspected "blockage," according to Fox. But weeks later, she returned with shortness of breath.

"She was getting sicker and sicker and nobody seemed to want to listen," Lane's mother, Julie Barron, told Fox. "She didn't test positive for pneumonia, the flu, hepatitis — nothing she tested for was coming back," Barron said. [10 Bizarre Diseases You Can Get Outdoors]

But finally, Lane was given a test for hantavirus, which came back positive.

Hantaviruses are a group of viruses that typically infect rodents — particularly the deer mouse (Peromyscus maniculatus), which is found throughout the western and central U.S. and Canada, according to the Centers for Disease Control and Prevention (CDC). In people, these viruses can cause hantavirus pulmonary syndrome, a severe and sometimes fatal respiratory disease.

Human infections with hantavirus are rare — since 1993, about 700 cases of hantavirus infections have been reported in the U.S., according to the CDC.

Early symptoms of the illness can resemble those of the flu, including fatigue, fever and muscle aches, as well as nausea and vomiting. Later, people develop more severe symptoms, including shortness of breath, as the lungs fill with fluid, according to the CDC. Nearly 40 percent of people who develop hantavirus pulmonary syndrome die from the disease, the CDC says.

But Lane's family still doesn't know how she caught the virus. "It's not like she was digging through a dumpster or around infected rodents. She was doing her normal, everyday routine," like sweeping the porch or wiping off areas, Barron said. (According to the CDC, any areas around a home or work where rodents may live are potential sites for infection.)

In early February, Lane was airlifted to the University of New Mexico Hospital where she was connected to something called an Extracorporeal Membrane Oxygenation (ECMO) machine, Fox said. This machine steps in for the heart and lungs — it pumps blood through an artificial lung outside the body, where it adds oxygen and removes carbon diode, then returns the blood to the patient's body. Lane has been on the ECMO machine for 21 days, according to Fox.

Barron told Fox that she has seen some improvements in Lane's condition, but she still has a long road to recovery. A family friend has set up a YouCaring page to help fund Lane's medical expenses.