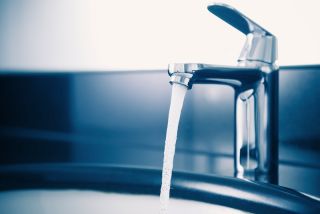 We can't live without water, but for one toddler in Minnesota, contact with plain old H2O can be dangerous — she has an extremely rare allergy that causes her to break out in hives and rashes anytime she touches water, according to news reports.

The 18-month-old, Ivy Angerman, was recently diagnosed with aquagenic urticaria, or an allergy to water, according to local news station Fox 9. Her doctors say she may be the youngest person ever diagnosed with the condition, which more often appears around the age of puberty.

Ivy's parents have taken cellphone videos to show their daughter's severe reactions during bath time. She can be in the water for only 15 seconds before her symptoms appear, Fox 9 reported.

Aquagenic urticaria is so rare that fewer than 100 cases have ever been reported in the medical literature, according to a 2011 paper.

People with the condition rapidly develop hives after contact with water, regardless of its temperature, according to the National Institutes of Health's Genetic and Rare Diseases Information Center (GARD). The rash most commonly develops on the person's neck, upper trunk and arms, although it can appear anywhere on the body. The rash typically goes away within 30 to 60 minutes after the exposure, GARD says.

One possibility is that the hives are not caused by water itself, but by another substance dissolved in the water (such as chlorine) that enters the skin and triggers an allergic reaction, according to GARD. Another theory is that, in people with the condition, a substance found on their skin produces a "toxic" material when it interacts with water, leading to hives, GARD says.

There's no cure for the condition, and doctors have limited data on which treatments work best for symptoms. But treatments can include antihistamines, exposure to ultraviolet B (UVB) light (called phototherapy) and creams that serve as a barrier between the water and the skin, GARD says.

Ivy's parents said that their daughter's symptoms have improved somewhat now that she is taking antihistamines.

Doctors have also recommended that Ivy bathe in purified water, and live in a home with central air conditioning so she doesn't overheat (as water in sweat can also trigger the condition). Ivy's parents are in the process of moving out of their home, which was built in 1901, Fox 9 reported.