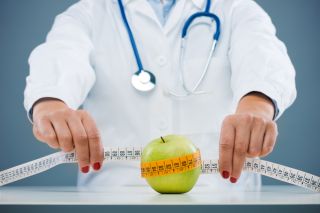 Sure, it seems like a good idea: Lose weight following a diet that's tailored to your own unique genetic makeup instead of trying a one-size-fits-all approach. In fact, it's an idea that's taken off in recent years, with companies promoting "DNA diets" that will help you shed pounds.

But according to a new study, a person's genes don't actually have an effect on how well certain diets might work, which runs contrary to what some "personalized nutrition" companies may claim.

Researchers at Stanford University found that overweight adults who followed a low-fat or low-carbohydrate diet tailored to their genetic predisposition and biological makeup weren't any more successful at shedding pounds than the groups that followed the same two diets, but without the customization for these predispositions. The findings were published today (Feb. 20) in the journal JAMA.

Lead study author Christopher Gardner, the director of nutrition studies at the Stanford Prevention Research Center, noted that the point of the study wasn't to compare a low-fat diet to a low-carb one to see which was best for weight loss, as many previous studies have done. [The Best Way to Lose Weight Safely]

Instead, the goal was to explore which factors — genetic patterns and insulin resistance — might predict success for people on the two diets; in other words, "Which diet is best for whom?" Gardner told Live Science. Figuring out which diet is best for whom is a similar objective to the ones expressed by all of the new companies claiming to help people "personalize" their diet, he added.

In the study, the researchers tracked about 600 overweight adults, ages 18 to 50, who were randomly assigned to follow either a healthy low-fat diet or a healthy low-carbohydrate diet (containing 20 grams of fat or carbs at the beginning of the study) for one year. All of the men and women had their DNA tested before the study to see if they had one of three genes that could predict whether they might achieve better weight-loss results on a diet that was low-fat or low-carb, or whether they lacked these genes.

Besides genetic testing, the participants were also given a test to measure whether they were "insulin resistant," that is, whether or not the individual's body responds properly to the hormone insulin, which governs how easily the person absorbs glucose from food. Previous research has suggested that people with greater insulin resistance may have better success with a low-carb diet, because it provides a lower amount of glucose than a low-fat diet, which contains more carbohydrates.

The study found that after one year on either diet, which included more than 20 nutrition-education classes, participants lost a little more than 10 lbs. (4.5 kilograms): People on the low-fat diet lost an average of 11.5 lbs. (5.2 kg) and those on the low-carb diet shed about 13 lbs. (5.9 kg), on average.

Although the difference in total weight loss between the two diets was very small — about 1.5 lbs. (0.7 kg) — the difference within each diet group was more varied and more interesting, Gardner said. Within each diet group, there was an individual who lost as much as 60 lbs. (27.2 kg), and there was someone who gained about 20 lbs. (9 kg) following each of the diets — an 80-lb. (36.3 kg) variation, he noted.

When the researchers further analyzed the data, they didn't find that being assigned to a diet that matched that individual's genetic makeup or insulin resistance could predict weight-loss success. Neither genetic predisposition nor insulin resistance was helpful in identifying which diet was better for whom, according to the study. [Are Any Fad Diets Actually Healthy? What the Research Shows]

In a previous study of 100 overweight women, Stanford researchers found that women who followed a low-fat or low-carb diet that matched their genotype lost two to three times more weight after one year than did women on diets that were a mismatch for their genetics.

Even though the previous study used the same genotype patterns that were tested in the new study, researchers were not able to confirm the results in the larger study, Gardner said.

Likewise, although previous studies have suggested that insulin-resistant individuals should avoid low-fat diets and choose low-carb diets, the results from the new study did not confirm these findings, Gardner said.

The Stanford researchers said they would continue to investigate whether other data they collected during their study might shed more light on factors that may help predict an individual's weight-loss success. Characteristics such as the ability to stick to a particular diet, the composition of gut bacteria and psychological traits that could influence eating behavior may provide other hints about how to personalize diet recommendations, Gardner said.