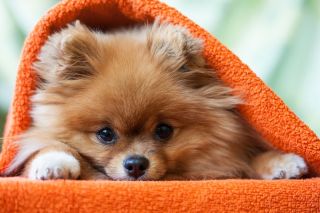 Two dogs at a Wisconsin animal shelter recently tested positive for "strep zoo," a potentially lethal respiratory infection in animals that, in rare cases, can spread to humans.

The dogs, which were housed at the Wisconsin Human Society (WHS) campus in Ozaukee, did not respond to treatment for the infection, and needed to be euthanized, the organization said in a statement.

The shelter is investigating the source of the infection, and plans to test other dogs that show symptoms of the respiratory illness, WHS said.

"Strep zoo" is caused by the bacteria Streptococcus equi subspecies Zooepidemicus. It's typically found in horses, but can cause infections in cows, sheep, goats, pigs, dogs and cats, according to Medscape.

It's a contagious diseases that is believed to be spread through the air, or through contact with bodily fluids or contaminated surfaces. In animals, symptoms including coughing and coughing up blood, nasal discharge, vomiting and labored breathing, according to WHS. [10 Deadly Diseases That Hopped Across Species]

Strep zoo is more likely to spread in shelters because of the relatively large number of dogs and their close living spaces, WHS said.

It's rare for humans to catch strep zoo, but there is at least one reported case of a person getting the disease from a dog, which occurred in Ireland in 2010. Humans can also catch the disease from horses, or from eating or drinking unpasteurized dairy products, according to the Centers for Disease Control and Prevention.

In dogs, the disease is usually treatable with antibiotics if it's caught in the early stages, but it can also have a sudden onset and result in death very quickly, WHS said.

To limit the potential for the disease to spread, WHS has temporarily stopped accepting dogs from the public at two of its locations where the sick dogs were housed.

Another possible outbreak of strep zoo recently occurred in Arizona, where more than 30 dogs at a single shelter showed symptoms of the respiratory infection, and one dog tested positive, according to ABC 15 in Phoenix.