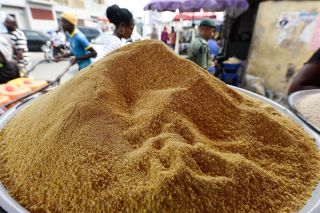 Around 40 people have died in an outbreak of Lassa fever in Nigeria, according to news reports.

Between Jan. 1 and Feb. 2, nearly 450 suspected cases of the disease were reported, 132 of which were confirmed, according to a statement from the World Health Organization (WHO). Of the 43 reported deaths, 37 of the deceased had lab-confirmed Lassa fever.

Like the Ebola virus, the Lassa virus causes a viral hemorrhagic fever, according to the U.S. National Library of Medicine (NLM). Two other types of viruses — the Marburg virus and the yellow fever virus — also cause this type of disease.

All viral hemorrhagic fevers have common features, including blood vessel damage and harm to many organs in the body, the NLM says.

But some of the diseases are deadlier than others — namely, the Ebola and Marburg viruses, the NLM says. Many Lassa fever infections, on the other hand, are mild, though some can progress to symptoms that resemble those of Ebola, The New York Times reported. In addition, Live Science reported in 2015 that Lassa fever is less contagious than Ebola.

Symptoms of Lassa fever come on gradually, beginning with fever, weakness and a general feeling of discomfort, the WHO says. After a few days, a person may develop symptoms such as a sore throat, headache, muscle pain, chest pain, nausea and vomiting. Severe symptoms include facial swelling; bleeding from the mouth, nose, vagina or gastrointestinal tract; and low blood pressure.

In fatal cases, death usually occurs within 14 days, according to the WHO. Lassa fever is particularly deadly for pregnant women in their third trimester; maternal death and/or fetal death occurs in 80 percent of these cases.

If given early on, the antiviral drug ribavirin seems to be an effective treatment, according to the WHO.

The Lassa virus is spread by Mastomys rats, which are sometimes called "multimammate rats" or "soft-furred rats." People can get the virus if they come into contact with urine or feces from an infected rat, the WHO says. The infection can also be spread between people through bodily fluids.

On Tuesday (Feb. 13), the WHO announced that it was scaling up its response to the Nigerian outbreak, according to the statement.