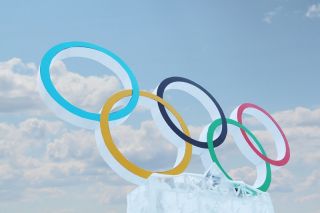 More than a dozen Russian athletes who recently had their lifetime bans from the Olympics overturned may not be allowed to compete in this year's Winter Olympics after all.

On Monday (Feb. 5), the International Olympic Committee (IOC) said it had rejected a request from 15 Russian athletes and coaches to attend the 2018 Winter Olympics in Pyeongchang, South Korea. The decision came just days after those same 15 athletes and coaches were cleared of doping by an international court, called the Court of Arbitration for Sport (CAS).

The decision is the latest action by IOC to address Russian doping. Allegations of Russian doping gained international attention in 2016 when The New York Times reported evidence of an elaborate doping scheme perpetrated by Russian athletes and officials during the 2014 Winter Olympics in Sochi, Russia. [10 Biggest Doping Scandals in Olympics History]

In December 2017, the IOC banned Russia from the 2018 Olympic Games. But the committee said that individual Russian athletes who had been cleared of doping could compete under a neutral flag, as part of a group known as the Olympic Athletes from Russia (OAR), CNN reported.

A number of Russian athletes were given lifetime bans from the Olympics, but on Feb. 2, CAS overturned these bans for 28 of the athletes. Still, the IOC said that this ruling "had not lifted the suspicion of doping or given the [IOC] panel sufficient confidence to recommend" that the Russian athletes could be considered clean from doping.

In Monday's announcement, the IOC said that there was new, unpublished evidence that raised the committee's suspicions "about the integrity" of the 15 Russians athletes and coaches. As such, an IOC panel "unanimously recommended" not to invite these 15 Russians to the Winter Olympics, despite the ruling from CAS.

Currently, there are 169 Russian athletes who have been invited to compete at Pyeongchang under the "Olympic Athletes from Russia" flag, according to the Associated Press.