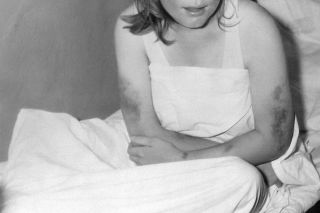 A patient with Crimean-Congo hemorrhagic fever in 1969.
(Image: © Smith Collection/Gado/Getty)

A 9-year-old boy in Uganda has tested positive for a potentially life-threatening disease called Crimean-Congo hemorrhagic fever, according to news reports. But what is this disease, and how is it different from other hemorrhagic fevers, like Ebola?

Yesterday (Jan. 15), health officials in Uganda confirmed a case of Crimean-Congo hemorrhagic fever in a boy who had been hospitalized in the central Ugandan district of Nakaseke, according to Outbreak News Today. The boy is in isolation at the hospital and is recovering with treatment, Outbreak News Today said. Although another child, a 9-year-old girl in Uganda, was initially suspected to have died from the same illness, the Uganda Ministry of Health said she tested negative for the disease.

Crimean-Congo hemorrhagic fever is a type of viral hemorrhagic fever, a group of illnesses that affect many organs in the body, damage blood vessels and can cause bleeding (hemorrhage), according to the U.S. Centers for Disease Control and Prevention (CDC).

Crimean-Congo hemorrhagic fever has a widespread geographic range: It is found in Africa, the Balkans, the Middle East and some Asian countries, according to the World Health Organization (WHO).

The disease can cause sudden fever, headache, muscle aches, nausea and vomiting, according to the WHO. Other symptoms include a fast heart rate, enlarged lymph nodes and a "petechial rash," or a rash caused by bleeding into the skin, the WHO says. As the disease progresses, patients may develop larger bruises and may experience other bleeding problems, such as severe nosebleeds or bleeding from injection sites (for example, if someone was given a shot or an IV). The disease has a fatality rate of 10 to 40 percent, the WHO says. For comparison, Ebola has a fatality rate of 25 to 90 percent in past outbreaks, according to the WHO.