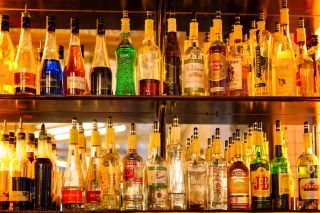 Scientists think they know how alcohol damages DNA and increases the risk of cancer.

Researchers in England conducted the study in mice, however, experts say that the mechanisms linking alcohol to DNA damage are the same in mice and men. Indeed, earlier studies have shown strong links between alcohol and certain cancers in humans; in addition, the International Agency for Cancer Research classifies alcohol consumption as "carcinogenic to humans."

What wasn't clear, however, was how alcohol did its damage. [7 Ways Alcohol Affects Your Health]

The study, which was published Jan. 3 in the journal Nature, took a precise look at how exposure to alcohol, and the compounds that result when the body breaks down alcohol, cause damage to chromosomes in blood stem cells. These stem cells are crucial for replenishing cells lost throughout the life span, but once they are damaged, they can spread the damage further. (Stem cells can divide and replenish cells for long periods of time.)

In the study, the researchers gave mice doses of alcohol that would be equivalent to an adult human drinking one bottle of whiskey in a short period of time. Some of the mice were genetically engineered to remove two crucial mechanisms that protect against the harmful side effects of alcohol metabolism, leaving the mice vulnerable.

Patel's previous work has shown that there are two mechanisms that protect the cells from acetaldehyde. "The first is an enzyme that detoxifies and removes the acetaldehyde," Patel said. The second mechanism springs into action after the damage is done and is comprised of "DNA repair systems that fix the damage when it occurs," he said.

"If we remove just the first level of protection, which is just the enzyme that detoxifies [the acetaldehyde], just giving [the mice] one big dose of alcohol is enough to initiate four times more DNA damage than in normal mice," Patel said. "That level of damage is not very dissimilar to having spent a short period of time in front of Fukushima."

Though these mice were genetically engineered to lack this type of protection against acetaldehyde, many people either lack this protective enzyme or have an impaired function of it, according to Patel. This condition is especially common in Asia, where it affects about 5 million people, Patel estimated.

In addition, problems with the second layer of protection — the DNA repair mechanisms — are also fairly common.

These DNA repair mechanisms are "deficient in women who carry either the BRCA 1 or BRCA 2 mutation, which predisposes women to breast cancer," Patel said. Problems with DNA repair also occur in children with the disease called Fanconi's anemia, he added.

In the study, the scientists focused on DNA damage in blood stem cells. Previous research has shown that alcohol affects blood cells, as many people with alcoholism become anemic, meaning they have too few red blood cells, Patel said.

This finding is significant: Malcolm Alison, a professor of stem-cell biologyat Queen Mary University in London,who was not involved in the study, said it is believed that most cancers arise from stem cells.

"This new study from Cambridge now finds that mouse hematopoietic stem cells can be mutated by a metabolite of alcohol, acetaldehyde," Alison said.

This is not the first study that has linked alcohol to cancer. Alcohol is believed to be a contributing factor to at least seven types of cancer, including cancers of the blood, breast, mouth and neck, and digestive tract, Patel said.

Patel added that he is skeptical of claims about the positive effects of low doses of alcohol on human health.

"These claims are based on epidemiological studies on population groups," Patel said. "In many of these studies, there are other concerning variables."

The current research, however, did not focus on that question.