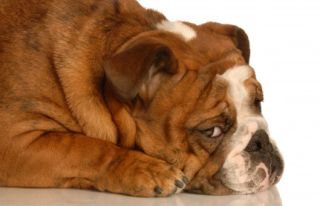 Dogs are possibly the most varied-looking mammal species on the planet. It's this diversity of looks that make man's best friend the perfect laboratory for connecting sets of genes to particular traits and understanding the molecular mechanisms that govern variation in dogs as well as humans and other mammals.

The genome of the domesticated dog (Canis familiaris) was first sequenced in 2005. The more than 300 dog breeds that exist in the world (170 of which are recognized by the American Kennel Club) developed first through domestication of the gray wolf and then by human breeding. Breeding caused most of the enormous range in size, shape and behavior seen in dog breeds today, and this variety provides scientists with ample opportunity to compare genes between breeds and match them to the traits they influence.

"Study of variation in the dog species, with its breeding structure, helps us home in on the genomic factors for traits shared across species, including analogs for diseases that occur in the human population," said Elaine Ostrander of the National Human Genome Research Institute, who wrote an article describing what scientists have learned so far from the dog genome in the March 2 issue of the journal PLoS Biology.

A key connection between genes and traits was reported in 2007: Scientists discovered a link between the so-called IGF1 gene and the small body size of some dogs. Before this finding, scientists didn't know whether small dog size was primarily controlled by one gene or a whole set of genes, Ostrander said. A recent genetic study took this finding one step further and found that small dogs likely arose in the Middle East.

Genes in the canine genome have also been linked to the short legs of some breeds, such as dachshunds, as well as variation in the color and texture of a dog's coat. Another recent study linked sets of genes in 10 different dog breeds to traits of those breeds, such as the wrinkly skin of Shar-Peis.

Some of Ostrander's own work has found, based on their genetics, breeds can be divided into five main groups that descended from the same ancestors: Asian and ancient dogs; hunting and gun; mastiff and terrier; herding and sight hound; and mountain.

Having breeds that are selected for specific traits helps this research because scientists known what breeds to look at when trying to find the genetic underpinning of a particular trait. For instance, to find the genes responsible for stubby legs, they might look at the dachshund dog breed.

While the research to date on doggie DNA has started to tease out how genes work in humans and other mammals, there is still considerable information to be learned about genetics and natural selection from dogs.

After pinning down some of the physical traits of dogs, scientists hope to start looking at behaviors, which are also often specific to certain breeds, and finding some of the molecular mechanisms that influence them, Ostrander told LiveScience. Understanding what genes and molecular pathways influence behaviors in dogs can also shed light on how these systems work in humans.

One example of such research was a study done on narcolepsy in Doberman Pinschers. While the condition is rare in both dogs and humans, sleep disorders in general are very common in people, and studying the genetic and molecular basis for the disorder in Dobermans could help shed light on the molecular biology of sleep, Ostrander said.

Dogs also offer a way to understand the genetics of human diseases, such as cancer and epilepsy, because the analogs of those diseases in dogs tend to be related to the same groups or families of diseases that are implicated in their human counterparts.

By looking at the dog genome, scientists also hope to find out whether or not dogs are unique in producing so many new, non-lethal mutations in their DNA for breeders to select and embellish into the "stunningly dramatic differences between dog breeds" that we see today, Ostrander said.