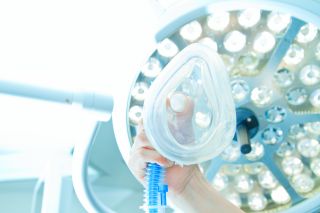 A liposuction procedure turned nearly deadly for a 45-year-old woman in England,  according to a new report of her case.

The woman developed a condition called fat embolism syndrome, a rare but dangerous complication that can arise from the operation, according to the report, published today (Sept. 25) in the journal BMJ Case Reports.

Fat embolism syndrome refers to a condition in which a globule of fat gets into a person's bloodstream and blocks off blood vessels, thus preventing blood flow, the authors wrote in the report. The condition is "notoriously difficult" to diagnose, and symptoms usually don't begin until 24 to 72 hours after the initial event. If left untreated, it can lead to inflammation throughout the body and organ failure. [27 Oddest Case Reports]

In the woman's case, she underwent liposuction on her knees and lower legs. The goal of the surgery was to remove some of the bulk from her legs so that it would be easier for her to walk, the authors wrote. The surgery was uneventful, and afterward, she was transferred to another unit of the hospital to be monitored while she recovered.

Within 40 hours of the surgery, however, doctors noticed that something was amiss: The women's heart started racing, she became drowsy and her breathing slowed, causing a buildup of carbon dioxide in her blood, according to the report.

The woman was transferred to the intensive care unit, where doctors performed a battery of tests to figure out what was wrong, the authors wrote. But "currently, there are no gold standard nor validated diagnostic criteria for [fat embolism syndrome]," according to the report. In other words, there's no clear way to diagnose the condition. Indeed, recognizing the condition "remains a significant clinical challenge for most physicians even though it was first recognized as early as 1873," they wrote.

The doctors who treated the woman wrote that diagnosing fat embolism syndrome often depends on ruling out other problems. In addition, certain risk factors can increase a patient's likelihood of developing the condition, they wrote. In the woman's case, a high body mass index, swelling in the legs and the removal of a large amount of fat were all risk factors, according to the report.

Fat embolisms caused by liposuction are rare, the doctors wrote in the report; only a few cases have been documented in the medical literature, none of which took place in the U.K., where the woman was treated. Instead, fat embolisms are most commonly linked to bone fractures and major traumas, such as serious car accidents. Liposuction is "generally a safe procedure," the doctors added.

The woman was kept in the intensive care unit for 12 days, where she was placed on a ventilator to help her breathe for the first eight days, according to the report. The doctors noted that there aren't any specific treatments for fat embolism syndrome; instead, patients are given supportive care until the body recovers on its own.

The woman was sent home two days after being moved from intensive care to a less intensive ward, according to the report. When the doctors checked in on her two months later, she was doing fine and had recovered well, they said.