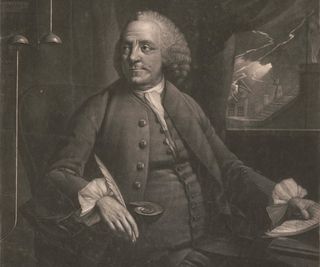 Why was Benjamin Franklin estranged from his wife for nearly two decades? A new theory argues that the founding father's marriage may have been strained by his son's health — and an argument about inoculation.

The theory is detailed by author and historian Stephen Coss in the September 2017 issue of Smithsonian Magazine.

According to the article, people often attribute Franklin's long absence from his wife, Deborah Read, to his promiscuous nature. But analysis of Franklin's autobiography, along with letters and editorials that he published in his newspaper, the Pennsylvania Gazette, point to a possible dispute over a smallpox inoculation. [Tiny & Nasty: Images of Things That Make Us Sick]

Franklin first learned about smallpox inoculation in 1721, when there was an outbreak of the disease in Boston. The inoculation was a precursor to the modern-day vaccine: A doctor took fluid from a smallpox blister and then injected that fluid into a shallow cut in a healthy person's arm. During a smallpox outbreak in 1730 in Boston, the Pennsylvania Gazette reported that of the "several hundreds" of people inoculated against the virus, "about four" had died.

Despite Franklin's enthusiasm for the inoculation, he didn't inoculate his young son, Franky, who died from the disease in 1731 during an outbreak in Philadelphia.

In his autobiography, Franklin wrote, "I long regretted bitterly & still regret that I had not given it [smallpox] to him by inoculation." Coss said this suggests Franklin had a choice about whether to inoculate his son, but didn't because his wife disagreed with the decision. Indeed, in 1759, Franklin wrote that if "one parent or near relation is against [inoculation], the other does not chuse to inoculate a child without free consent of all parties, lest in case of a disastrous event, perpetual blame should follow."