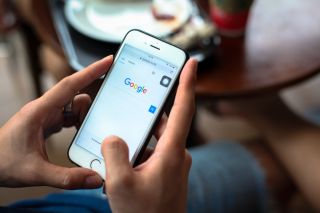 People often turn to a Google search when they want to research their symptoms. But now, people who Google one particular condition — "clinical depression" — on their smartphone will be asked if they would like to check if they're clinically depressed.

Tapping this text will take the person to a new page that introduces a screening questionnaire. The questionnaire, called PHQ-9, is a "clinically validated screening questionnaire which can help identify levels of depressive symptoms," Mary Giliberti, CEO of the National Alliance on Mental Illness, said in a statement released by Google yesterday (Aug. 23).

The self-assessment is private, and could help determine a person's level of depression and the need for an in-person evaluation, Giliberti said. [9 DIY Ways to Improve Your Mental Health]

The screening questionnaire is not meant to act as a singular tool to diagnosis depression — in other words, a person can't be diagnosed with the condition simply by taking the survey online. Rather, it's designed to help increase awareness and could lead people to seek treatment, Giliberti said. "The results of the PHQ-9 can help you have a more informed conversation with your doctor," she said.

But what do mental health experts think about adding the questionnaire to Google searches?

"I think it's a great idea, because it provides a reliable, simple way of screening for depression," said Dr. Michael Thase, a professor of psychiatry at the Perelman School of Medicine at the University of Pennsylvania. "There will be false positives, for sure, but remember that this pops up only when people have sought information about clinical depression," Thase told Live Science.

Dr. David Hellerstein, a professor of clinical psychiatry at Columbia University Medical Center in New York City, agreed that false positives could come up. In other words, the questionnaire may suggest that people have clinical depression when they don't actually have the condition.

For example, a false positive could occur in a person who is having a bad day or just got into a fight, Hellerstein told Live Science. But Google's use of the questionnaire will probably have more of a positive impact than a negative one, he added. "On the other hand, you're probably identifying many, many, many people who wouldn't otherwise think about [the symptoms of depression] and maybe helping direct some of them towards treatment," he said.

Consider how people look at symptoms of other conditions online, Hellerstein said. A questionnaire about asthma symptoms that mentions shortness of breath could capture a person who is having a heart attack, or someone who just had a cold. But you'd probably also find a lot of people in the middle who did have asthma, so it could raise awareness, he said.

For depression, this awareness is important: "Depression remains under-recognized and undertreated," Hellerstein said. [9 Celebrities Who Spoke Up About Depression]

Still, Hellerstein had several questions about Google's use of the screening device. For example, the questionnaire Google is using is a "really useful clinical screening instrument"; however, it probably wasn't designed to be used in a random population but rather in clinical and medical settings, he said. This gives researchers an opportunity to make the questionnaire more reliable for widespread use, he added.

Another question is, what would happen if a person took the questionnaire and learned that he or she was "really severely depressed"? Hellerstein said. There are privacy issues, he said, but would it be possible for someone to intervene and try to get that person to seek treatment?