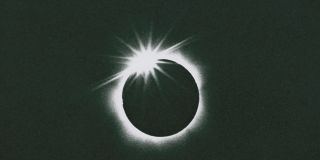 A total solar eclipse, seconds before totality, when a single bead of the sun's disk is still visible.
(Image: © NASA)

The Aug. 21 total solar eclipse that will be visible across a swath of the United States is not a danger to pregnant women, despite a handful of traditional myths linking eclipses to dangers in pregnancy.

These myths don't seem as prevalent for the 2017 eclipse as they have been for previous eclipses, like those in the 1990s, said E.C. Krupp, an astronomer and the director of Los Angeles' Griffith Observatory. Still, echoes of the myths remain online: The parenting site Romper recently published a piece contrasting the attitudes of Eastern and Western medicine regarding eclipses and pregnancy, and the St. Louis Post-Dispatch rounded up some traditional eclipse superstitions.

"This kind of thing often comes up in casual conversation," Krupp told Live Science. In a 1998 article for Sky & Telescope, Krupp wrote that people asked him whether solar and lunar eclipses cause birth defects or miscarriages whenever the events are nigh. [The 8 Most Famous Solar Eclipses in History]

Before the advent of modern astronomy explained that eclipses result from the normal celestial movements of sun, moon and Earth, cultures had to make their own explanations. Most of these were supernatural in nature. As Live Science's sister site Space.com reported, the Toba people of South America believed that spectral jaguars attacking the moon caused the deep red hue of a lunar eclipse. The Hindu text the Mahabharata, written around 400 B.C., blamed the solar eclipse on the head of the demon Rahu, which consumes the moon and the sun but then passes them through its disembodied neck.

"When an eclipse takes place, it really does shake the foundations of things," Krupp said, especially from the point of view of an ancient farmer or hunter who depends on the reliable movements of the sun or moon across the sky. Thus, Krupp said, many myths highlight the potential dangers of an eclipse, or associate eclipses with vengeful deities.

Multiple cultures developed superstitions specifically about pregnant women and eclipses. The Aztecs believed lunar eclipses might turn gestating fetuses into mice, according to Bernardino de Sahagún, a Franciscan missionary to what is now Mexico who wrote about Aztec beliefs starting in 1529. The people of traditional Mexican cultures and some South Asian cultures associated eclipses with cleft palate, a common birth defect in which the upper lip and upper palate of the mouth fail to fuse.

This concern for pregnant women might have stemmed from associations between women and the moon due to the menstrual cycle, Krupp said. Or it could just be that pregnant women and their unborn babies seemed particularly at-risk when the sky did alarming things.

"It's hard to imagine, in any society, anyone more vulnerable than a pregnant woman," Krupp said.

All about the eyes

In reality, the only physical danger from the eclipse has nothing to do with pregnancy, fetuses or the womb. (Cleft palate is caused by a mix of genetic and environmental factors, and can result from certain chemical exposures or medications, according to the Centers for Disease Control and Prevention — not by a 2-minute obscuring of the sun or moon.)

The actual danger of an eclipse relates to the eyes. The partially obscured sun is just as bright as the sun on any normal day, Krupp said. At totality, when the solar disk is fully covered, it's safe to look at the eclipse directly, but ONLY during that very short time, which can last just a minute or less. But before or after totality, or if the eclipse is only a partial eclipse from your viewing area, solar eclipse glasses from a reputable dealer are a must. Genuine No. 14 welder's glass is also safe for solar eclipse viewing, Krupp said. Looking at the solar eclipse directly, outside of totality, can damage a person's eyes.

But otherwise, don't panic, Krupp said. "People hear [that] you can't look at the sun, and they get the idea that somehow, maybe the eclipse is not safe," he said. With proper eye protection, he said, it's not only safe, but also a chance to stand in awe of the cosmos — something both the pregnant and nonpregnant can enjoy.

"We have a chance to see the solar system actually working, to see the laws of gravity moving before our very eyes," Krupp said.