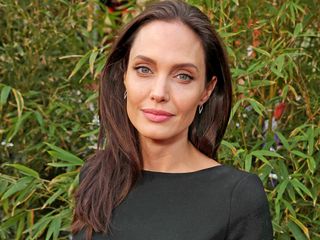 Bell's palsy is a form of temporary facial paralysis, according to the National Institute of Neurological Disorders and Stroke (NINDS). This paralysis usually affects only one side of a person's face, and so it can make the affected side of the face look like it is drooping. About 40,000 Americans get Bell's palsy each year, the NINDS says.

Scientists don't know for sure what causes this nerve damage, but they generally think that it's caused by a viral infection, according to the National Library of Medicine.

When the facial nerve is damaged — for example, it can be swollen, inflamed or compressed — it's unable to carry messages from the brain to the facial muscles as well as it normally can, which is what leads to the muscle weakness, paralysis or twitching, according to the NINDS. In addition, damage to the nerve can cause the eyelid and the corner of a person's mouth to droop.

The facial nerve also carries signals to the tear glands, salivary glands and the muscles of a small bone in the middle of the ear, according to the NINDS. This means that symptoms can also include drooling, excessive tearing, dryness of the eye or mouth, and ringing in the ear.

These symptoms appear suddenly and are at their worst about 48 hours after they begin, according to the National Library of Medicine.

For most people who develop Bell's palsy, the condition is temporary, and symptoms normally start to improve within a few weeks, according to the Mayo Clinic. By six months, the symptoms should be completely gone.

Three out of four patients will get better without any type of treatment, according to the National Library of Medicine.

Doctors may prescribe certain medicines, such as corticosteroids, to treat Bell's palsy, according to the Mayo Clinic. In addition, over-the-counter pain relievers may help with any pain from the condition, as can applying warm compresses to the face. Doctors may also recommend physical therapy to help relax the facial muscles.

Some people try alternative-medicine approaches, such as acupuncture and relaxation techniques, to treat Bell's palsy, according to the Mayo Clinic, but there is little scientific evidence that these therapies work.

Jolie said that she credits acupuncture for her recovery from the condition, according to Vanity Fair.