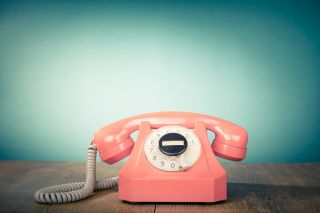 Are landline phones going the way of floppy disks and VCRs? A new report from the Centers for Disease Control and Prevention says yes.

In the last six months of 2016, less than half of U.S. households had landlines, according to a new CDC report.

The researchers found that 50.8 percent of U.S. households used only cellphones, marking the first time that fewer than half of household had landlines, according to the report, published today (May 4). The percentage of households with only cellphones is up 2.5 points from the measurement taken the previous year. [Top 10 Disruptive Technologies]

Income also appeared to play a role in whether a household had a landline, according to the report. Adults living in poverty or near poverty were more likely to have only a cellphone than adults had higher incomes, the researchers found.

In the report, the researchers also looked at certain measures of health. Adults in cellphone-only households were more likely to report at least one day of heavy drinking in the past year than adults in homes with landlines, the researchers found. Nearly 30 percent of cellphone-only adults reported one such day in the past year, compared with nearly 19 percent of landline-household adults.

Cellphone-only and landline households weren't the only categories that researchers looked at in the report. The researchers also found that 3.2 percent of U.S. households had no telephone service at all in the last six months of 2016. This translates to about 7.4 million adults and 2.3 million children, according to the report.