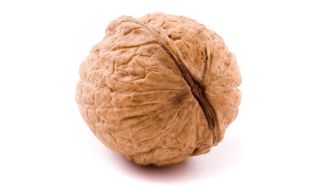 People who are allergic to one type of tree nut, such as cashews, may not be allergic to all other kinds of tree nuts, though they are often told to avoid those nuts, a new study finds.

The study's authors suggest that people who have developed allergic symptoms in the past to one tree nut, and who have been avoiding eating all other tree nuts based on medical advice may wish to undergo a properly supervised "oral food challenge" test, to see if they are truly allergic to other tree nuts. However, more research is needed to confirm the new findings.

Tree nuts are a group of eight nuts: almonds, Brazil nuts, cashews, hazelnuts, macadamia nuts, pecans, pistachios and walnuts. Researchers in the new study found that 76 percent of the participants who had an allergy to one type of tree nut could pass an oral food challenge test with a different tree nut. This test involves eating very small amounts of a food under medical supervision to see if the individual develops any symptoms of an allergic reaction, such as wheezing, a rash, an upset stomach or facial swelling. [How to Cope with Allergies & Asthma in 2017]

An oral food challenge is a closely supervised medical procedure, and people with known allergies to tree nuts or peanuts should not be experimenting with eating nuts on their own, because this could trigger a severe allergic reaction known as anaphylaxis.

Passing an oral food challenge test is considered the most accurate way for people to demonstrate that they do not have a food allergy, according to a statement from the American College of Allergy, Asthma and Immunology, an association of allergy specialists that publishes the medical journal in which the new study appears.

"We found that patients with tree nut allergies can be allergic to one nut but be tolerant to another tree nut," said Dr. Christopher Couch, an allergist at the Allergy Asthma Clinic, Ltd. in Phoenix, and the lead author of the study published today (March 27) in the journal Annals of Allergy, Asthma and Immunology.

Two other tests, a blood test and a skin-prick test, are also used to diagnose food allergies. However, a positive result on either of those tests does not always indicate that a person is truly allergic to the food being tested, Couch told Live Science. A food challenge is the next step to confirm the allergy, he said.

About 1 percent of children in the United States are allergic to tree nuts, according to an estimate published in the journal Pediatrics in 2011.

In the new study, researchers analyzed data from the medical records of 109 patients who had visited allergy clinics affiliated with the University of Michigan Medical Centerduring an eight-year period, from 2007 to 2015. Most of the patients were children.

The study included only people with known allergies or sensitivities to a single tree nut. These participants were given an oral food challenge test at a clinic, to find out whether they were also allergic to other nuts. [8 Strange Signs You're Having an Allergic Reaction]

Interestingly, all of the participants who ate an almond during the food challenge passed the test, whereas the passage rates for people given a walnut or a cashew were lower, at 82 percent and 79 percent, respectively.

It was surprising to find that everybody passed the almond food challenge but not those of other tree nuts, Couch said. The reasons why are not exactly clear, but it's possible that something about the structure of the almond is unique, he said. [9 Myths About Seasonal Allergies]

Results showed that 96 percent of the people with peanut allergies passed the oral food challenge with tree nuts, meaning that only 4 percent developed an allergic reaction when given a small amount of an individual tree nut.

One of the limitations of the study is that the patients were drawn from only one health care system in Michigan, and so may not be representative of people throughout the United States, the authors noted.