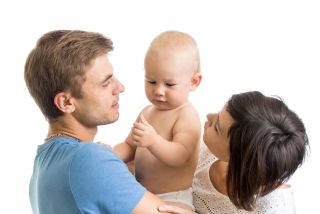 You may feel as though raising kids would take years off your life, but having children may actually increase your life span, according to a new study from Sweden.

The findings suggest that the social support that children give to their aging parents may contribute to a longer life span, the researchers said.

Previous studies have found a link between parenthood and a longer life span, but few studies have examined this link in people over age 60, according to the researchers. [Extending Life: 7 Ways to Live Past 100]

In the new study, the researchers analyzed information from more than 700,000 men and 725,000 women who were living in Sweden and were born between 1911 and 1925. The participants were followed from age 60 until their death, or until the year 2014 (whichever came first).

Not surprisingly, the participants' risk of death increased with age. But after taking into account a number of other factors, including participants' levels of education, the researchers found that the risk of death was lower for people who had at least one child, compared with those who were childless.

This gap in the absolute risk of death got bigger with increasing age, and was somewhat larger for men than for women, the researchers said.

The researchers also found that the association between having children and living longer was stronger for people who were unmarried at the time of the study. This finding suggests that unmarried people, particularly men, may rely more heavily on their children in the absence of a spouse, the researchers said.

"That the association increased with parents' age and was somewhat stronger for the nonmarried may suggest that social support is a possible explanation" for the link between parenthood and a longer life span, the researchers said.

However, the study could not completely rule out other possible explanations for the link. For example, it's possible that parents may practice healthier behaviors than nonparents, they said.

The study is published online today (March 14) in the Journal of Epidemiology & Community Health.