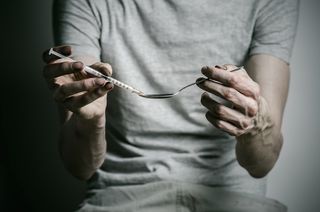 Although the opioid epidemic continues to affect Americans across the country, an increasing percentage of teens think it would not be possible for them to get heroin, even if they wanted to, a new study finds.

In the study, researchers looked at data from more than 230,000 teens who took the National Survey on Drug Use and Health (NSDUH), an annual survey on drug use, from 2002 to 2014. [The Drug Talk: 7 New Tips for Today's Parents]

The researchers zeroed in on the teens' responses to one question in the survey: "How difficult or easy would it be for you to get some heroin, if you wanted some?" The possible responses included five options: probably impossible, very difficult, fairly difficult, fairly easy and very easy.

"Overall, it's cautious good news," lead study author Michael Vaughn, a professor of social work at Saint Louis University in Missouri, said in a statement. "The use of heroin is still a problem, but what you see in the news is generally more applicable to adults and doesn't apply uniformly across all populations."

"The public's view of adolescent drug use in general is, kids are exposed to all kinds of drugs and are using them more and more. But that's not really true," Vaughn added.

Although information for 2017 is not available, "at least among adolescents, there seems to be no reason to believe [perceptions about heroin accessibility have] escalated, even if there may be changes afoot among adults," Vaughn told Live Science.

The researchers also looked at several behavioral characteristics of the teens in the survey.

Teens who said they thought heroin would be "probably impossible" to get were significantly more likely to report that their father lived with them, and that they lived in a small city or a rural area, the researchers found.

In addition, the teens who viewed heroin as "probably impossible" to obtain were less likely than their peers to report using tobacco, alcohol or marijuana, or having any involvement with the criminal justice system, in the past 30 days, according to the study.

The researchers noted that because the study asked the teens only about heroin, it is unclear if the findings also apply to other opioid drugs, including prescription painkillers.

The study was published Feb. 20 in the journal Preventive Medicine.