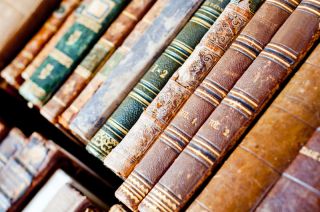 Early works from some of the most famous scientists in history — including Leonardo da Vinci, Nicolaus Copernicus, Galileo Galilei and Isaac Newton — were stolen in a recent rare-book heist in London, according to news reports.

Three thieves made off with more than 160 antique books valued at about $2.5 million (2 million British pounds), The Guardian reported. The rare books were stolen from a warehouse, and the robbers avoided the storage facility's security system by boring holes into the skylight and rappelling down 40 feet (12 meters) of rope into the warehouse, evading motion-sensor alarms.

The "Mission: Impossible"-style break-in occurred sometime between Jan. 29 and 30, London's police service confirmed, according to The Guardian. Authorities are still investigating the heist, but it is likely that the were stolen for a specific collector, rather than to sell, The Guardian reported. [Lost Art: Photos of the Paintings Stolen from the Gardner Museum]

"They would be impossible to sell to any reputable dealer or auction house," a source familiar with the case told The Guardian. "We're not talking Picassos or Rembrandts or even gold bars — these books would be impossible to fence. It must be for some one specialist. There must be a collector behind it. The books belong to three different dealers working at the very top of the market, and altogether, they form a fantastic collection."

Many of the stolen works were from the 15th and 16th centuries, according to authorities. A 1566 copy of Copernicus' "De Revolutionibus Orbium Coelestium" ("On the Revolutions of Heavenly Spheres," in which the scientist describes his theory that the sun is the center of the universe, and the planets revolve around the sun), was the most valuable item stolen, worth an estimated $268,000 (215,000 pounds), The Guardian reported.

Other items reported stolen were early works by Galileo, Newton and da Vinci, according to The Guardian. A 1569 edition of Dante's "Divine Comedy" was also among the books taken in the heist.

"Nothing like this has hit the rare-books trade before," Brian Lake, of the Antiquarian Booksellers Association, told The Guardian.

Anyone with information about the heist should contact London's Metropolitan police.