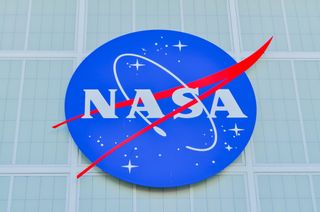 The entrance of the visitor complex of Kennedy Space Center near Cape Canaveral in Florida.
(Image: © DiegoMariottini/Shutterstock.com)

News reports have suggested that the Trump administration is placing communication "gags" on science agencies such as the Environmental Protection Agency (EPA) and the National Institutes of Health (NIH), but at the country's space agency, things seem to be "business as usual."

That's according to a statement made at the annual meeting of the American Meteorological Society in Seattle this week. According to industry watchdog SpaceNews, the director of NASA's Earth science division, Michael Freilich said: "Nobody has told us to change anything we are doing. Keep doing your work, keep making advances, keep building credibility."

NASA's Earth Science Division keeps an eye on our planet, gathering information through satellites and airborne missions. The information reveals not only changing weather and climate, but also critical data on natural disasters, according to their website. "We conduct and sponsor research to answer fundamental science questions about the changes we see in climate, weather and natural hazards, and deliver sound science that helps decision-makers make informed decisions," according to their site.

Frielich's comments come on the heels of news that science agencies were being told to cease communication with the public and media; the EPA put a freeze on its research grants, according to Huffington Post, as reported by Space News. And a memo sent out Monday (Jan. 25) to the U.S. Department of Agriculture (USDA) reportedly ordered employees to stop any public and media communication, as reported by the Washington Post.

The email to employees at the USDA's Agricultural Research Service (ARS) read: "Starting immediately and until further notice, ARS will not release any public-facing documents. This includes, but is not limited to, news releases, photos, fact sheets, news feeds, and social media content," wrote ARS chief Sharon Drumm, as the Washington Post reported.

Climate change also seems to be on the cutting block, as Trump has declared the global trend a hoax. As soon as Trump took office, his administration seemed to remove the web page on climate change from the White House's official site

Since NASA's Earth science research includes studying the planet's climate, what should they expect?

"We have not been given any direction to add to, delete from, or modify and refine in any way the plan with the money that has been appropriated," Frielich said, according to SpaceNews. He was referring to the continuing resolution funding, which covers the agency through April 28, an amount of $477.7 million. "There is no direction that we have received to date to change course at all." (You can check out NASA's spending plan as of April 2016.)