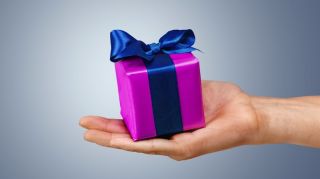 Most people have gotten bad gifts: that fruitcake you didn't ask for or that tie you'll never wear.

Now, a group of marketing researchers has investigated exactly what makes a bad gift and the reasons people buy such presents for their loved ones in the first place.

"What we found was that the giver wants to 'wow' the recipient and give a gift that can be enjoyed immediately, in the moment, while the recipient is more interested in a gift that provides value over time," study researcher Jeff Galak, an assistant professor of marketing at Carnegie Mellon University's Tepper School of Business, said in a statement. "We are seeing a mismatch between the thought processes and motivations of gift givers and recipients."

For example, there are times when a vacuum cleaner, which doesn't typically have a "wow" factor, would actually be a really good gift, because it would be used for a long time, Galak said.

In a new paper, the researchers reviewed studies on gift-giving errors, looking for commonalities among them. The analysis showed that this tendency to focus on the moment of exchange versus the long-term usefulness of the gift explained many of the errors. Some of the mistakes included:

To choose better gifts, the researchers advised that people try to empathize with the gift recipient and think about gifts the individual would find useful over the long term, or during ownership of the gift. [5 Scientifically Proven Ways to Make Your Gifts Meaningful]

"We exchange gifts with the people we care about, in part, in an effort to make them happy and strengthen our relationships with them," Galak said. "By considering how valuable gifts might be over the course of the recipient's ownership of them, rather than how much of a smile it might put on recipients' faces when they are opened, we can meet these goals and provide useful, well-received gifts."