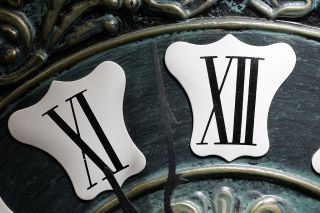 A clock hangs on the wall at Brown's Old Time Clock Shop in Plantation, Florida, on March 6, 2007, the year that daylight saving time was extended four weeks in the United States.
(Image: © Joe Raedle/Getty Images)

On Nov. 6, most Americans will sigh heavily and turn back their clocks one hour for the end of daylight saving time.

The time change is loved by some (retailers, which lobbied Congress for an extension in 2005) and hated by others (farmers, who find that livestock don't respect the clock). The change has a variety of effects, including longer summer evenings, but the reason for daylight saving time's persistence is supposedly to save energy.

The problem is, no one really knows whether daylight saving time saves energy at all. Research is decidedly mixed on the subject, with some studies actually finding that daylight saving time boosts energy consumption. [Daylight Saving Time 2016: A Guide to the When, Why, What and How]

"I could see the answer being either way," said Stanton Hadley, a senior researcher at Oak Ridge National Laboratory, who helped prepare a report for Congress on the energy effect of extending daylight saving time by four weeks — a policy that became effective in 2007.

The problem, Hadley told Live Science, is that studying the effect of daylight saving time is not easy. You need some sort of before-and-after comparison, he said, where a state or country has either dropped the time change or adopted it.

"There are few examples of that sort of thing happening," Hadley said.

When Congress made the decision to extend daylight saving time by four weeks, it required a Department of Energy study into the energy impact of the policy after its implementation. Hadley and his colleagues explained the possibilities of energy-use changes: People should go outside during sunny evening hours, thus decreasing their electricity use at home and saving energy. However, they noted, people might use more heating during dark mornings and cooling during sunny evenings, thus using more energy. [5 Crazy Chapters in the History of Daylight Saving Time]

The report authors examined the effect of just the four weeks Congress had just added to daylight saving time. They found that a total of 1.24 terrawatts of electricity was saved, or about 0.03 percent of the country's total electricity use in the year studied (2007), and about half a percent of total energy consumption per day during those four weeks. There was no evidence that extending daylight saving time altered gasoline consumption.

Another report released that same year, though, examined the effects of the entire daylight saving period in Indiana, and found that turning the clocks forward an hour during summer actually increases residential energy use by 1 percent. The increased energy use was particularly stark in October. Overall, the researchers concluded, daylight saving time does save on electricity for lighting, but it also increases the use of electricity for heating and cooling. Indiana is a relatively representative state in terms of heating and cooling demand, the researchers wrote, so the same effect might be seen around the nation. However, the researchers didn't have access to data from commercial buildings, and thus couldn't look at total energy consumption for the state.

Simulations can shed some light on the question: In a 1997 study, published in the journal Energy and Buildings, researchers used data from a residential home in Kansas to attempt to extrapolate the effect of daylight saving time. That research showed a slight increase in energy usage when daylight saving time was instituted in the summer compared with when standard time was used all year.

But simulations don't tell the whole story. In another study, scientists used the extension of daylight saving time in some states in Australia during the 2000 Olympics to examine the real-world effects of the policy.

"Our results show that the extension failed to conserve electricity," the researchers wrote in their 2007 report. In fact, energy usage went up with additional daylight savings, especially in the mornings. Notably, a popular simulation model predicted that the change would have saved energy, suggesting that simulations leave something to be desired.

It's often said that daylight saving time saves about 1 percent of energy consumption over the year. That number comes from a 1975 report to Congress about the effect of the time change during the Arab oil embargo, in which Arab members of the Organization of the Petroleum Exporting Countries (OPEC) banned petroleum exports to the United States and other nations that supported Israel during the 1973 Arab-Israeli war.

Since that time, energy usage has shifted. Lighting, in particular, has become increasingly energy efficient in recent years, Hadley said, meaning that heating and cooling might be a bigger chunk of the electricity pie.

"Lighting is not the big driver that it used to be," he said.

So although the 2008 report authored by Hadley and colleagues did find energy savings for the weeks tagged on the front and back of daylight saving time, Hadley isn't so sure that the same could be said for midsummer. In Arizona, he pointed out, daylight saving time isn't observed because the cooling needs for long summer evenings would likely overshadow any sort of savings on lighting.

Latitude matters, too, Hadley said. Those extra evening hours are a lot more valuable in Montana or Maine than in Florida or Texas, which don't have as big of a difference in daylight between summer and winter.

To find out more, Hadley said he'd want to look at the hour-by-hour electricity use in Indiana. (Researchers in 2008 studied monthly billing.)

"It would be a cool study to do," he said, "but I don't see any organization that would really drive it … In the vast scheme of things, the energy saving is not the big driver [of daylight saving time]. It's people wanting to take advantage of that light time in the evening."