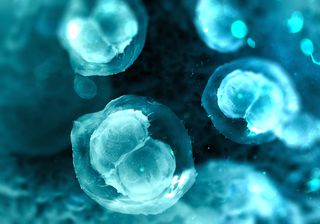 Imagine having the level of detail in Google Maps but for the inner workings of the human body. A new international initiative is creating an atlas that will chart every single cell in the human body, encompassing all of the tissues within Homo sapiens, scientists announced last week at a meeting in London.

The revolutionary project, called the Human Cell Atlas, will help biologists and doctors understand, diagnose and treat diseases with the help of high-resolution images of healthy and atypical cells from every structure in the body. [Magnificent Microphotography: 50 Tiny Wonders]

"In sickness and in health, cells are the fundamental units of life, and only by knowing our cells will we be able to fully comprehend the mechanisms of human disease," Sten Linnarsson, a professor of molecular systems biology at the Karolinska Institutet in Sweden, who is participating in the initiative, said in a statement.

At the meeting, researchers decided what to include in the initiative's first phase. The scientists said the project is expected to be as ambitious in scope as the Human Genome Project, which was the first successful undertaking to sequence the human genome — all of the 3 billion "letters" in human DNA.

There are trillions of cells within the human body, but each person came from just two cells: an egg and sperm cell. Once the egg and sperm combine to make an embryo, these cells divide, grow and give rise to new types of cells that form tissues and organs, the project's scientists said.

However, there isn't much detailed knowledge about the body's countless cells. Earlier studies have described what certain cells look like under a microscope, and more recent analyses have found the average properties of cells by examining clumps of hundreds or thousands of them. But there isn't yet an entity that shows a magnified image of every cell and what molecules are produced in each cell, the researchers said.

For instance, the atlas will include messenger RNA that gives each cell its unique identity. Collecting this information would have been impossible a few years ago, but new advances in single-cell genomics now allow researchers to separate individual cells from different tissues and organs, and to measure the transcriptome (the body's messenger RNA molecules) and other important molecules, the researchers said. [Tiny & Nasty: Images of Things That Make Us Sick]

"We are currently limited in our understanding of how cells differ across each organ, or even how many cell types there are in the body, said Sarah Teichmann, head of cellular genetics at the Wellcome Trust Sanger Institute in the United Kingdom. "The Human Cell Atlas initiative is the beginning of a new era of cellular understanding, as we will discover new cell types; find how cells change across time, during development and disease; and gain a better understanding of biology."

The new atlas will identify each cell's type, such as whether it is an immune cell or brain cell. The map will also show where these cells are located within the body's tissues. In addition, it will distinguish among cell states, for instance, what a naive immune cell looks like before it has encountered any pathogens and how a seasoned immune cell appears after it has been activated by a bacterium, the researchers said.

Moreover, the atlas will capture key characteristics of cells as they transition, for instance, the changes that occur as a stem cell becomes a specific type of cell, the scientists said. This will help researchers trace the lineage of each cell, such as how a predecessor stem cell in bone marrow turns into a functional red blood cell, the researchers said.

These details could help scientists understand how diseases, such as Alzheimer's, asthma and different cancers, develop and how to therapeutically target them, the researchers said.

Once completed, the atlas will be made freely available to scientists around the world, the researchers added.

"This is exactly the kind of transformative technology that will advance the mission of curing, preventing or managing all diseases by the end of the century," said Cori Bargmann of the Howard Hughes Medical Institute and the incoming president of science at the Chan Zuckerberg Initiative, who is involved in the initiative.