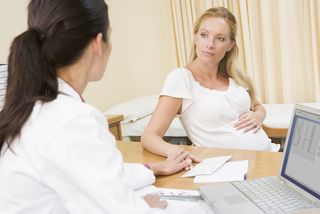 Children born to women who took antidepressants during pregnancy may have an increased risk of language and speech disorders, according to a new study from Finland.

In the study, children born to mothers who had depression and bought antidepressants at least twice during pregnancy were 37 percent more likely to develop speech or language disorders over the course of the 14-year study, compared with children born to women who had depression but did not buy any antidepressants during pregnancy, the researchers found.

These children were also 63 percent more likely to develop such problems than children born to mothers who did not have depression and did not buy antidepressants during pregnancy, the researchers found. (In some studies on antidepressant use, researchers look at data on people's purchasing of antidepressants because although they can't tell for sure whether a person actually took the medication, this is good approximation.) [7 Ways Pregnant Women Affect Babies]

The results may be one factor to consider when pregnant women with depression decide, together with their doctors, whether they should take antidepressants during pregnancy, said lead study co-author Dr. Alan Brown, a professor of psychiatry at Columbia University Medical Center. "But I don't think it should be the sole factor," because there are other things to consider, too, he said.

Another factor, for example, is the severity of the woman's depression, Brown said. If a woman with depression has been feeling suicidal or has lost touch with reality, then the health risks linked to going off antidepressants might outweigh the potential benefits of discontinuing the medication, he said.

Moreover, to take a look at the mothers' antidepressant use before and during pregnancy, the scientists analyzed information from Finland's drug reimbursement register, a database that contains information on all reimbursed prescription drug purchases in the country.

Of all the children in the study, nearly 15,600 (about 28 percent) were born to women who had depression and bought antidepressants called selective serotonin reuptake inhibitors (SSRIs) while they were pregnant. SSRIs are commonly prescribed antidepressants that are believed to alter the levels of the chemical serotonin.

It turned out that, out of all the kids, those born to mothers who took SSRIs during pregnancy had the highest risk of developing speech or language disorders over the course of the study.

Among those children who did develop such disorders, the average age when they were diagnosed was about 4 years, according to the study, published today (Oct. 12) in the journal JAMA Psychiatry.

The study does not prove that using antidepressants during pregnancy directly causes these speech or language disorders but rather shows that there is a link between the two. [11 Big Fat Pregnancy Myths]

The explanation for this link is not yet clear, but one potential reason could be that antidepressants may affect a baby's brain development during pregnancy, including parts of the brain that are involved in language and speech, Brown said. But it is possible that maternal depression itself also contributes to the increased risk of speech and language disorders in the child, he said.

A previous study, published in 2015 in the journal JAMA Pediatrics, showed that children born to women who took SSRIs during pregnancy may face an increased risk of autism. Serotonin affects a person's mood, but it is also an important chemical in the brain cell development in a fetus, Anick Berard, an author of that study and a professor of pharmacy at the University of Montreal, told Live Science at the time.

However, in pregnant women with depression who don't receive treatment for their depression, there is an increased risk of miscarriage and birth complications, a review study published in 2005 found.