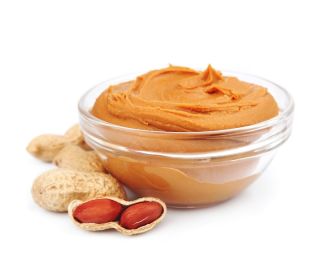 The study, which involved only parents of kids with food allergies, showed that many parents who reported also having food allergies didn't actually have any. In fact, when the researchers conducted allergy tests on parents who thought they had these allergies, more than 70 percent of these parents tested negative.

What's more, the results suggest that a common practice may be a problem: Doctors often ask parents if they have food allergies as a way to determine whether their children will be at higher risk for developing allergies, the researchers said. "Our study suggests that using parental report of food allergy as a risk factor is unreliable," the researchers wrote in the Oct. 12 issue of the journal Annals of Allergy, Asthma and Immunology. [7 Allergy Myths and the Truth Behind Them]

The study involved nearly 2,500 parents of children with food allergies who lived in Chicago. The parents filled out a survey in which they answered questions about substances they were allergic to, and also underwent allergy testing. The researchers used two types of allergy tests: A skin-prick test, in which an extract of a substance is placed on the skin and the skin is pricked to see if there's an allergic reaction, and a blood test, in which researchers test the blood for antibodies to specific substances. The researchers tested for food allergies as well as other common allergies, such as those to cats and dogs.

Nearly 14 percent of parents said they had food allergies. But of these, just 28 percent actually tested positive for an allergy to the food they reported, the study found. Among parents who reported allergies to wheat, fish, egg or milk, less than 20 percent actually tested positive for such an allergy. Among parents who reported peanut allergies, about 56 percent were actually allergic to that food.

The parents in the study were still more likely to test positive for food allergies than people in the general population. For example, nearly 9 percent of all parents in the study tested positive for peanut allergies, but only 7 percent of people in the general population are allergic to peanuts. However, "these actual differences are more modest than one might expect if food allergy is highly determined by genetics," the researchers wrote.

The researchers noted that they did not use a so-called "food challenge" test to confirm if the parents had food allergies. During this kind of test, people are given small amounts of the food they think they are allergic to, and monitored closely for a reaction. This test is considered the "gold standard" to confirm if a person has a food allergy, the researchers said.

More allergy studies in adults are needed that use a food-challenge test to better understand the prevalence and heritability of food allergies, the researchers said.

The study was conducted by researchers at Northwestern University Feinberg School of Medicine, Johns Hopkins University and the Children's Hospital of Chicago.