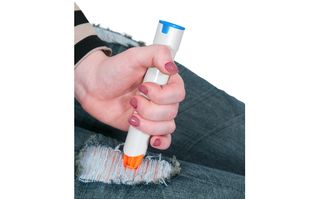 The price of EpiPens has increased more than 400 percent since 2007. People who need to keep them on hand — often because they may need the emergency drug in case they have a life-threatening allergic reaction — brought the price increase to light, and eventually it reached Congress: In a letter to Mylan, the company that makes EpiPens, Sen. Charles Grassley of Iowa has now asked the company to explain its pricing.

But how do EpiPens work?

EpiPens are a type of epinephrine auto-injector, which means they work by automatically injecting a dose of the hormone epinephrine (also called adrenaline) into a person's body. This could be done, for example, during a severe allergic reaction called anaphylaxis. [9 Weirdest Allergies]

In a person with anaphylaxis, the immune system releases a flood of chemicals in response to an allergen, according to the Mayo Clinic. These chemicals can cause an onslaught of severe and life-threatening symptoms throughout the body, including a drop in blood pressure and constricted airways, the Mayo Clinic says.

A person can die from anaphylaxis if his or her heart stops beating or the person stops breathing. These symptoms can come on quickly, so it's important to get a person medical treatment immediately.

In addition, anaphylaxis can cause a person's airways to constrict, making it difficult for that person to breathe. Epinephrine relaxes the muscles of the airways so that the person can breathe, according to Mylan. Epinephrine also increases a person's heart rate, which helps improve blood flow.