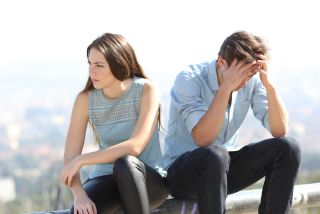 The rates of divorce filings may peak twice a year, a new study from one state suggests.

In a 14-year study of divorce filings in Washington state, researchers found that the rates of such filings consistently peaked in March and August.

The reason for the peaks in these months could be that during winter or summer holidays, troubled couples may hope to mend their relationships and start things anew, the researchers said. [The Science of Breakups: 7 Facts About Splitting Up]

"People tend to face the holidays with rising expectations, despite what disappointments they might have had in years past," study co-author Julie Brines, an associate sociology professor at the University of Washington, said in a statement.

However, when family holidays don't live up to those hopes, people become disillusioned with their relationships and are more likely to take steps toward a divorce after holidays are over, the researchers said. This may explain the seasonal patterns of divorce, they said.

In the study, researchers looked at the patterns of divorce filings in most of the counties in Washington state between 2001 and 2015. (The researchers excluded two small, rural counties that allow people to file for divorce by mail.) They found that in many of the large counties in the state, the rates of divorce filings increased by around 33 percent between December and March, compared with other times of the year, she said. For example, in one of these counties, King County, the average number of divorce filings in December during the 14-year time period was 430, whereas in March it jumped to an average of 520 filings, Brines told Live Science.

The researchers said they think that, even if people may make the actual decision to get divorced around the time of the holidays in December, they still need a few months until March to get their finances in order, find an attorney or simply get their courage to go through with their decision to get divorced. This is why the rates end up peaking in March, and not in December or January, shortly after the winter holidays.

The rates of divorce filings also increased in August, the researchers found. The researchers said they think that this peak might be explained by the fact that after a failed family vacation, people may rush to file for divorce before the kids start school.

The researchers observed the same seasonal divorce pattern across most counties in the state. Moreover, the researchers compared data from Washington state with divorce data from four other states — Ohio, Minnesota, Florida and Arizona, and found that the seasonal divorce patterns were more or less the same in these states, according to the study, presented this week at the Annual Meeting of the American Sociological Association in Seattle.

However, the new study had certain limitations, said Nicholas H. Wolfinger, a professor of family and consumer studies at the University of Utah, who was not involved in the study. For example, the researchers looked only at dates when people filed for divorce, but did not look at when they actually stopped living together, which is often the real sign that a marriage is over. [6 Scientific Tips for a Successful Marriage]

Therefore, it is hard to determine from the data used in the study at what point exactly the people's marriages really dissolved or why they dissolved, he said.